2020: International day of solidarity with detained and missing staff members. 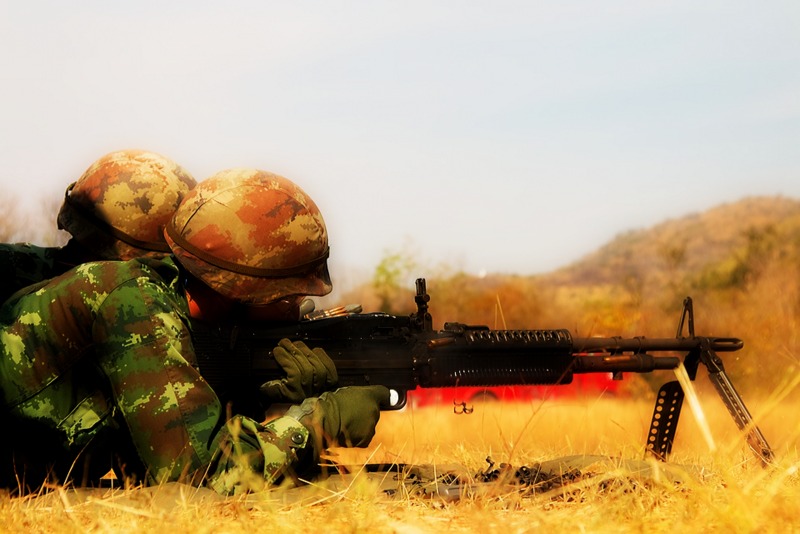 Stock Photo of a soldiers firing

Right now, the world is at a standstill due to the Covid 19 pandemic that has seriously held our life hostage and we have forgotten that there was life before Corona Virus came. We are at that point, where as believers we have fear battling it out with our faith and trust in the Lord. We have forgotten some challenges that God saw us through. Even some events or important days that were of great importance before the pandemic struck are not being honored.

Well did you know that every 25th day of March is International day of solidarity with detained and missing staff members? It is understandable if you dont. We have a lot going on. About this day, it’s a day set by the United Nations for us to remember the sacrifices and fates of detained and missing international workers. It is also a day to honor the peacekeepers who work in dangerous regions around the world. We participate by saying a prayer that all of those who are missing or detained will be found or released. This special day came into existence following the abduction of a former British journalist Alec Collett by an armed gunman in 1985 while working for theUnited Nations Relief and Works Agency for Palestine Refugees (UNRWA). Collett’s body was not found until 2009 in the Bekaa Valley Lebanon.

In honoring this day we would like to appreciate the work done by all laborers of Christ who have risked their lives to ensure that the Gospel of Christ reaches all corners of the world. In the process some have been detained, others have been killed, others have had to flee or change their identities while some have remained missing. The Bible reminds us that all who go through persecution for Christ’s sake have a greater reward in heaven.

Rejoice and be glad, because great is your reward in heaven, for in the same way they persecuted the prophets who were before you. Mathew 5:12

As we commemorate this day we would like to share a testimony of how God rescued our TWR Kenya staff together with a technician from Netherlands from a banditry attack as they were on their to set up an FM station in Lodwar. As shared by the team driver Mr Boaz Olewe during a past interview.

***“*Well this is a day that I will never forget. It was on May 15th in 2011 when David Katana, Carol Kinuthia, a partner from Netherlands and myself embarked on the over 690 KM journey to Lodwar connecting through Kitale. The journey from Nairobi to Kitale was smooth and normal. On that day we arrived in Kitale checked ourselves into a hotel and agreed that since we still had along journey ahead, the next day we were to leave very early even foregoing our breakfast. From Kitale to Lodwar is like 300 KM and the road was rough so the journey was going to take longer.

In the morning we woke up to a flat tyre. So I replaced it with the spare wheel and drove around looking for a Petrol Station where we could have the punture repaired. Luckily, we found one and the mechanic started to work on the tyre. As the mechanic was working, we realized he was very drunk thus the job took him more than two hours. After it was done we continued with journey for another 83 KM to a center called Ortum where again we got another puncture and it was again repaired. The journey on the rough terrain continued and when we reached Marich center again we suffered a puncture, put on the spare wheel, and drove to Kainuk town arriving around 2 p.m. After the puncture repair at Kainuk the journey to Lodwar continued we had now covered almost half of the journey.

Around 4 Km into the journey, we saw a semi-trailer truck approaching us at a very high speed with someone seated on top firing into the air. I slowed down and the driver did the same and stopped. The man with the gun came down together. They were policemen in civilian clothes. They warned us that there are armed bandits around 7 KM ahead who are on an attacking spree. So we decide to either turn back or drive very fast so that we link up with an Army Lorry that is also going to Lodwar. The Policeman emphasized that if you do not get to them within 7 Km just turn back. As they left there was deafening silence in our vehicle, what do we do? Was the question do we just go back or chase after the army lorry? Then we all agreed to chase the Army lorry within the 7KM radius. God gave me the courage and protected the vehicle from the continous punctures, I drove as fast as I could on the rough terrain until I approached the army lorry and we drove toe to toe for about 1Km before another trailer-truck approached from the opposite direction flagging us down. When we stopped the men in the trailer informed us that there were bandits ahead and had sprayed their vehicle with bullets as they made a U-turn upon sensing danger. This angered the 3 soldiers in the lorry and they said, they wanted to see who are these bandits who felt more superior than the Kenyan Army.

Definitely, we had fear but the presence of the army gave us more strength as we all said our silent prayers of protection and continued with the journey. I drove ahead followed by the Army lorry and the trailer-truck. As I drove the road continued to be more rough and it reached a point where the lorry and the trailer overtook me so I reminded behind. At some point, we lost sight of them ahead but I managed to reach them again. All of a sudden the army lorry came into a sudden stop the soldier on top jumped down, I also stepped on the emergency breaks almost running over the soldier as he was lying down and they ordered us to move out of the vehicle and lie flat on the ground. We all opened the doors and fell flat to the ground. I realized the engine was on so I stretched my hand & switched it off. Within no second, we heard the first gunshot, the second the third and fierce gun battle ensued.

The exchange went on for more than 15 minutes but for me it was like the a lifetime , I felt like it was the end of me, what I had witnessed in Hollywood movies was unfolding right before me. As the fire exchange went on and the bandits releasing their war cries, I kept wondering if I had been shot, how about the rest, oh my family and our visiting technician. Many questions went through my mind and the deafening gun sounds begun slowing down. The army had fallen the attackers one by one. As it slowed I slowly raised my head and saw one of the attackers running and the soldier after him then all of a sudden he stopped turned back with a loud war cry and the soldier fell flat on the ground with his gun up and he fired not missing his target. That was last firing and the 3-man army with 2 armed had fallen a whole bunch of attackers armed to the teeth.

Traumatized, we rose up dusting ourselves checking if a stray bullet got any of us, oh we had just witnessed a miracle our wonderful merciful Savior had protected us. The journey continued we arrived in Lodwar late in the evening and fullfilled the mission that took us there.”

To date Maata Radio has continued to Speak Peace and transform lives in Turkana County with the gospel of Christ. The bandit attacks have are almost becoming history as many are abandoning the gun for the Bible. Also thanks to the heightened security. We thank God for the Pastors fellowships for they have been steadfast in sharing the gospel even with threats of persecution. God has expanded our reach in Turkana and very soon we will be able to reach the refugee population at Kakuma through our coming soon FM station.

Even as we continue to pray and trust in God to deliver us over Covid 19 pandemic, let’s not forget those believers who have suffered ridicule over their stand & faith in trusting God over this Corona pandemic and other difficult moments. Remember faith is not believing that God can it is knowing that He will.

This article was also done in honor of our driver Boaz Olewe whom the Lord called home early last month. Happy International day of solidarity with detained and missing staff member and remember to honor it by saying a prayer 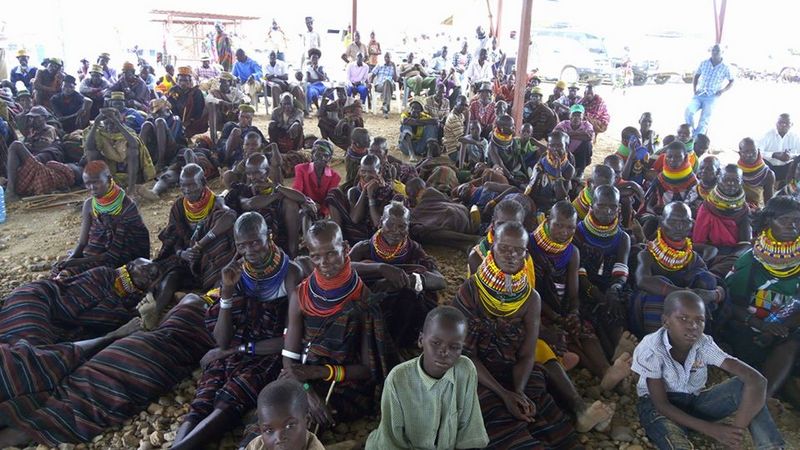 File Photo of some of Maata Listeners