A few kilometers from the Kakuma refugee camp, in two containers transformed into a building, sits Atoo FM offices. Opening the door to one of this three-room container building reveals an unexpected sight for this part of Kenya: a recording studio splashed in the station’s colors of blue and red, with microphones, sound mixing equipment and computers. 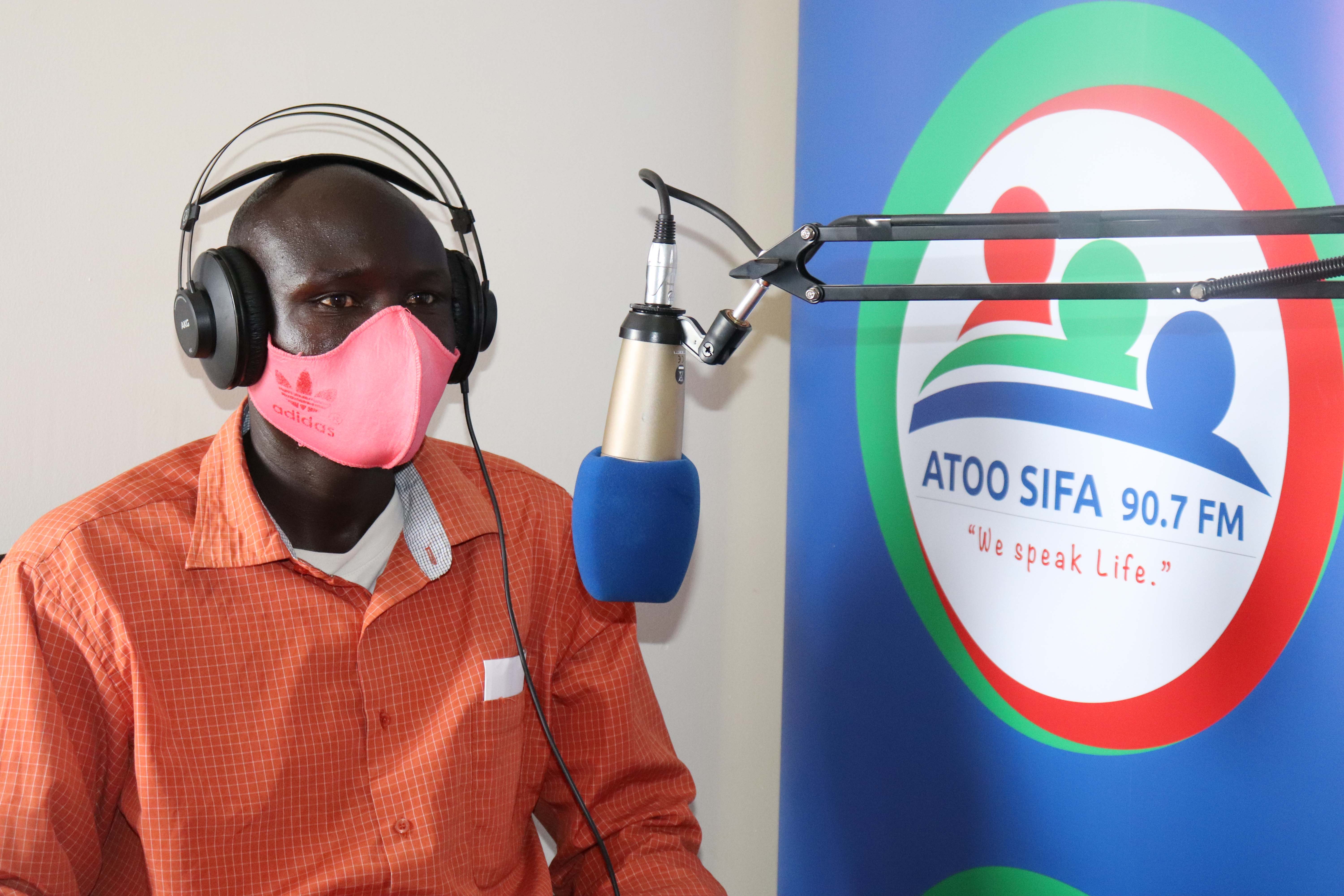 Atoo Sifa is one of the TWR-Kenya stations that has received God’s favour. It was set up during Covid-19 pandemic, when there was limited movement of people around the country. Setup, hiring of staff and start of broadcast all happened during the Covid-19 period. It is also the only Sifa station among the nine TWR Kenya owned stations that has been built on its own land. All the others are on rental property..

In just about a month and a half of live broadcasting, Atoo has captured the ear and attention of both the refugees in the camps as well as the host community (Turkana). Kakuma camp is home to over 200,000 refugees, mostly from South Sudan and Somalia. It is one of the seven largest refugee camps in the world.

A visit into the refugee camp introduced us to several ardent listeners of Atoo FM. From construction workers, teachers and students of a small electrical college in the heart of the camp, shopkeepers, owners of small food kiosks. One of the listeners who stood out is a construction worker in the refugee camp. He is known on air as ‘Sultan’ (King), whenever he calls the station to give his feedback on programs, which is often, he is quick to acknowledge that Atoo is the best station in Kakuma. He listens to the morning and evening shows which also air most of the devotional programs like TTB Swahili.

“I am always close to my radio, even when am working with my colleagues, they will also listen with me. I am young and listening to the gospel through Atoo has kept me on check. I will not get involved in drug abuse or alcoholism because of what I have learnt from these programs…”

The staff of TWR Kenya, Atoo and a few local pastors assembled on 11th November 2020 to dedicate the station to the Lord. The guest of honor was Bishop John Eyanae of Cornerstone Church. The pastors were excited to have a station that speaks life and hope to both the refugees and local community in Swahili as well as their heart languages. As part of the dedication each pastor was given an opportunity to talk to his congregants on radio as well as dedicate the station in prayer on air. The dedication ended with each person planting a tree at the Atoo Sifa compound and committing to ensuring the growth of the tree as much as they would ensure that Atoo sifa remains alive on air.

A lot is yet to be done to make it fully independent and we are believing the Lord for more favor even as we continue to speak life in Kakuma.