Over the last decade, TWR Kenya has endeavored to complement its radio ministry with an opportunity to place a physical Bible in the hands of its listeners. After-all is TWR Kenya not re-knowned for its through the Bible teachings, countless devotionals and discipleship programs? How can TWR Kenya be doing this to an audience that is largely Bible-less? And so, a vision was born. A vision to equip listeners and thousands of other families with this book. The Bible.

One day a 20-foot container was delivered to TWR Kenya. It had an assortment of different Bibles. Small and big. Thin and fat. There were new and used Bibles. An excitement swept through the TWR Kenya family in Nairobi. Soon and very soon, the late Reverend Wainaina who was then helping coordinate the Church relations function was tasked with getting pastors to identify the needy in their congregations for Bibles. This batch was distributed and later there was another load.

Today. What began as a simple project has become a huge project for this ministry. The ministry leaders have discovered that many families lack Bibles. To them the Word of God is almost ‘hearsay.’ It is what the pastors quotes at the pulpit. It is what is preached on radio. On the streets by street preachers. It is what they are forced to hear quoted by Muslim and Christian apologists on many wind -swept streets on north and north eastern Kenya yet they can search it themselves to affirm their faith in Christ Jesus. As days went on, the desire to place a Bible in every family grew. The hunger for Bibles in families became palpable. There was demand in from all corners of the country including areas where are perceived to be hostile to Christianity. Some of these areas TWR Kenya has a radio reach with loyal listeners. We tried as much as we could to provide Bibles, but many are the times when we have not been to do so. However, whenever we can supply this precious gift, our hearts swell with the joy of God our Father in heaven. It is a joy that knows no bounds. The joy of sharing the Word with our brethren.

There was a similar event In November 2019 that brought tears of joy to many at TWR Kenya offices and led the Executive Director to exclaim “this is why we in this mission guys.” Mrs. Bernice Gatere said this after watching a clip of grown men and women in Turkana singing and dancing after receiving copies of their Turkana language Bibles. Ooh, such unbridled joy for receiving what many of us take for granted! 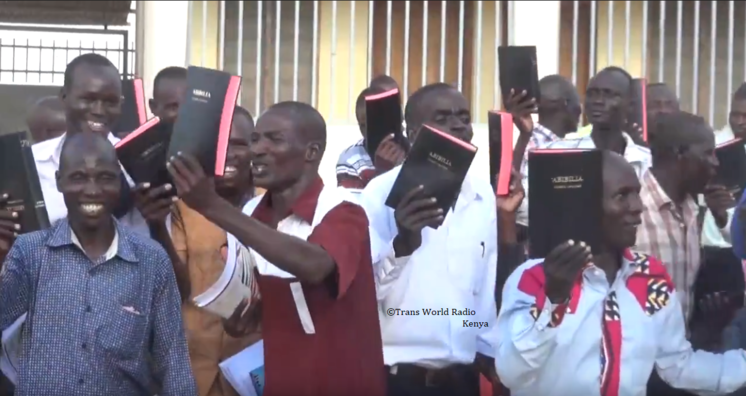 The same month saw Reverend Wario Galgalo, a 46-year-old Pastor serving the Oromo community in north-eastern Kenya helped deliver Oromo language New Testament Bibles. Reverend Wario feels called to spread the Word of God among his Oromo people. The Oromo are found in Ethiopia and parts of Kenya as Orma people. In Kenya they are cousins with the Borana people and share language and culture. A majority of these people are Non Christians. 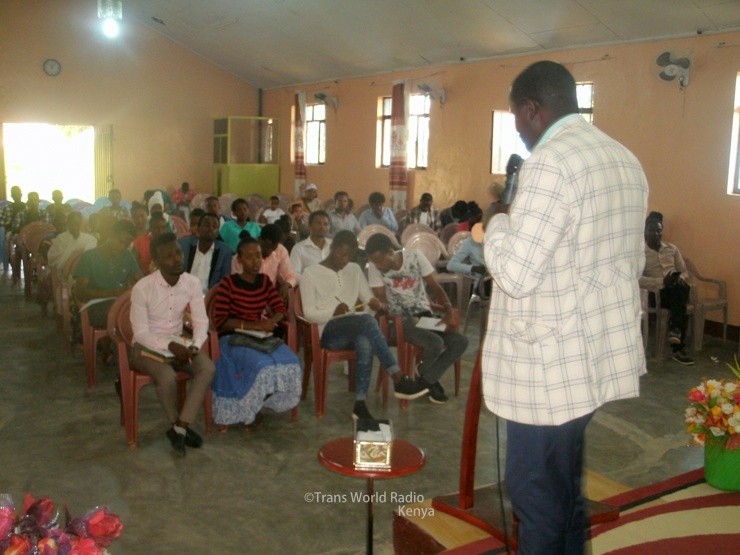 In early November, Reverend Wario armed with New Testament Oromo Bibles from TWR Kenya pitched camp at Mekani Yesus Church, in Moyale, southern Ethiopia where close to 100 people were eagerly waiting for their copy of the New Testament Bible. Reverend Wario gave them a one- hour lecture first. He taught on the superiority of the Bible to other religious books, Biblical times, Islam as an Arab culture and Borana culture. It is after this that Bibles were distributed. 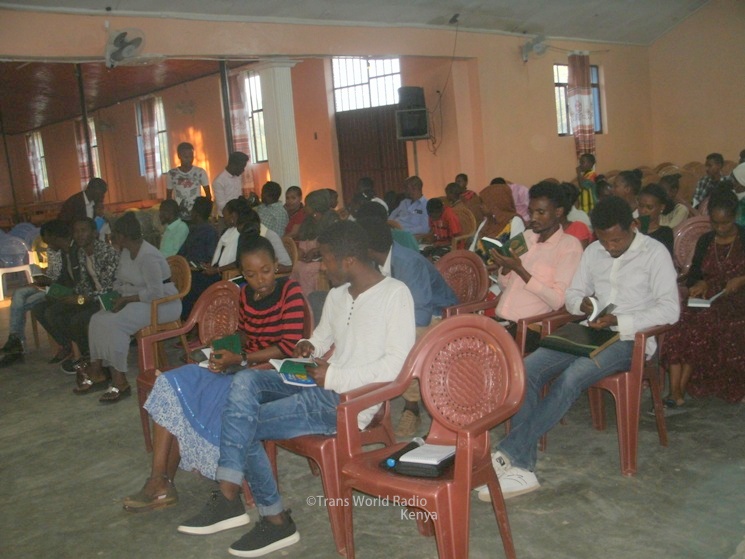 Today, following the hunger and desire to receive the Bible among the Oromos, TWR Kenya through its FM station in Marsabit hopes to have a live interactive radio program that discusses the Bible in the Oromo language. This will be an outreach avenue among the Oromo and Borana to have them discuss the Bible openly and counter the growing influence of Islam in this region. 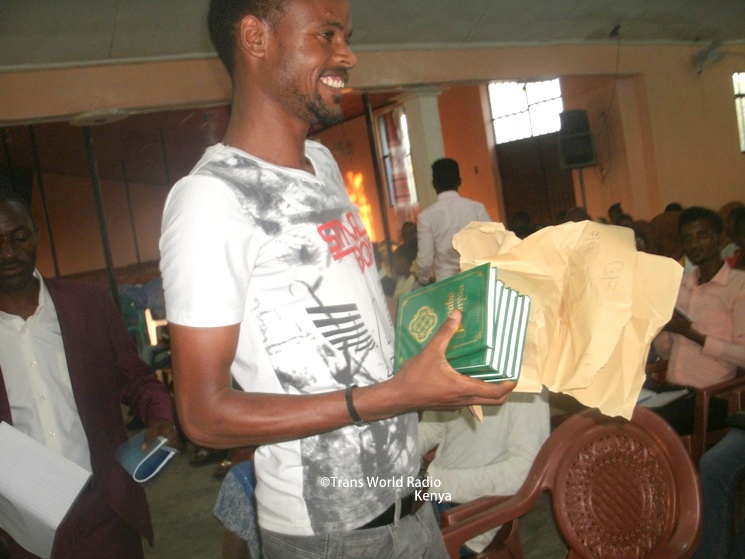 The Bible says in Luke 10:2 that the harvest is plenty, but workers are few. This is evident of Marsabit and Turkana region where the Bibles were distributed. It is a story replicated in many other areas TWR Kenya has its reach through the FM network. It is not an easy job, distributing Bibles and preaching on radio. In the recent past, some of our Radio presenters and mission vouluntees have been threatened because of sharing the gospel thus making them do their work of distribution & preaching with lots of caution.

All these is a reminder of the hurdles many go through to receive the Bible. People in Muslim dominated areas who have converted to Christianity have to hide their Bibles, lest they are seen with them and risk their lives. A few have been bold enough to come out of the “closet.”

Positive Impact -Today, TWR Kenya continues to receive many requests for audio Bibles in Oromo, Turkana and Rendille to be broadcast on our FM stations in Lodwar and Marsabit. It is our prayer that this will happen in 2020 so that we can reach more with the Word of God.