Being a teenager is one of the most exciting stages of life. This is when one starts to discover themselves and what interests they have in life. As a young woman, I can recall that stage in my personal life with nostalgia. I made new friends, learnt my own unique style and discovered my talents. Well, this is not Sobra Njoki's version of teenage life. I met Njoki during the kingo’ngo’ prison visit by TWR-Kenya and its partners. I remember one of our partners asking the ladies if any among them was a second offender and Njoki quickly raised her hand. She then stood up and shared that she was 18 years old and was serving a second term in King’ong’o. That right there struck my heart. I could not help wondering how someone so young could be in prison twice; what had she done? 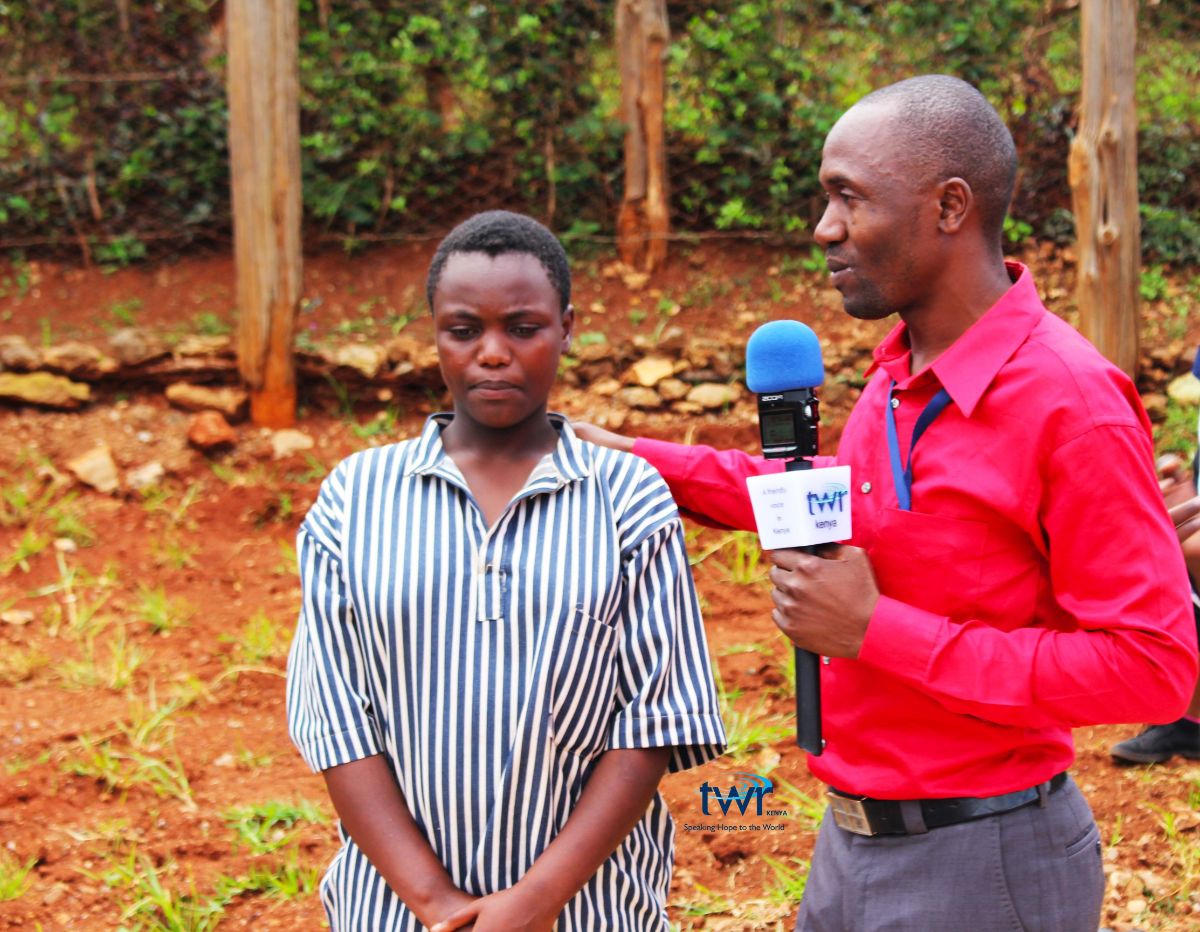 After the session with the women inmates; I asked the warden in charge if I could speak to Njoki. Permission was granted and I remember seeing her walking towards me with a gloomy face and stooping shoulders. She exuded very little confidence, unlike many women her age. We had an opportunity to introduce ourselves. "My name is Sobra Njoki." She said. "Wow! What a unique name” I replied as I shared my name with her. If only this interaction wasn’t happening behind prison walls. I thought.

Njoki shared her story with me. Her first encounter with prison was as a result of being accused of selling drugs and in her words; she served 5 years because of hanging out with the wrong crowd. In another part of the world, Sobra would probably have served her term in a juvenile correctional system.

Sobra recalls serving her term and going back home to start life once again; only to be rearrested on drunk and disorderly charges. She was not able to raise the bail and so she is back as a guest of the state at King’ongo’, with the title of youngest inmate at the women’s facility. She sadly stares in the distance when she shares that no one comes to visit her at the prison. It is a lonely life. As she shared her story I was just heartbroken, when I asked her what she wanted to do in life, for the first time since we started talking, her face beamed with a wide, shy smile. She almost forgot where she was as she shared how she would love to go back to school and become a doctor. She wants to help people in society. I was impressed that she was interested to help members of society even with the condemnation most have for her as a criminal.

I could not end our conversation without asking her whether she was born again; she once again brightened up and said “yes!” My heart was overjoyed knowing that there’s hope for the young Njoki. We shared a prayer and a hug before I said goodbye to join the rest of the team. I walked away encouraged and challenged by the few moments I shared with her.

Follow us on Social Media for more TWR-K Updates