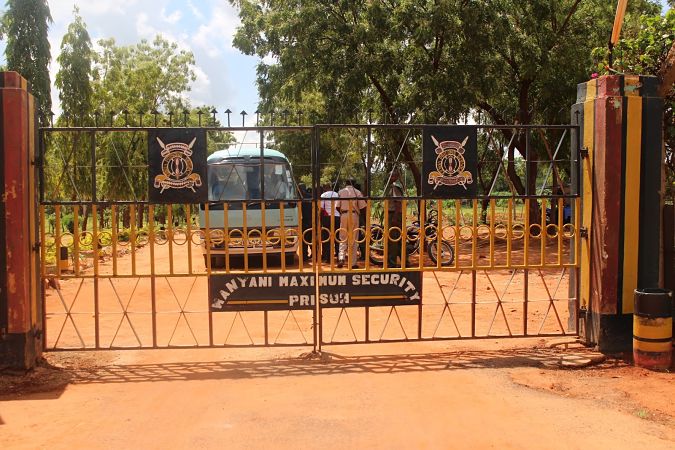 It’s always the desire and wish of every suspect in courtroom that the judgment will find them innocent and even if found guilty the sentence wouldn’t deny them freedom for long. Just try and imagine the thoughts you would have when you stand at the dock and the judge says “…..I here hereby find you guilty and sentence you to life imprisonment.”

Well this not fiction but the real life testimony of Manyani Maximum Prison Mass Choir leader brother Mwacharo Mzee Movee. Who more than five years ago was sentenced to life imprisonment and at that moment thought all was lost.

Born and brought up in the coastal town of Mombasa Mr Mwacharo Mzee Movee was arrested and found guilty of having a sexual relationship with an underage girl, that earned him sentence of life imprisonment on a defilement charge according to the Kenyan Law. At that time he was 27 years and when it dawned on him that he was going to spend the rest of his life in prison, he knew he was doomed and there would be no one to give him back his freedom till he dies. He regretted what he had done but it was too late. He was moved to Shimo La Tewa Prison.

Its while he was at Shimo La Tewa that God sent the right people to him encourage and give him hope that as much as he thought he was in captivity he would get freedom if he decided to follow Jesus. Although he could witness the joy the believers had he still resisted the attempts to make him become a believer, but they persisted. He later decided to appeal his sentence just to try and redeem his freedom. In that process of appeal he presented this as a prayer need to the believers and that marked the beginning of his walk with Christ. 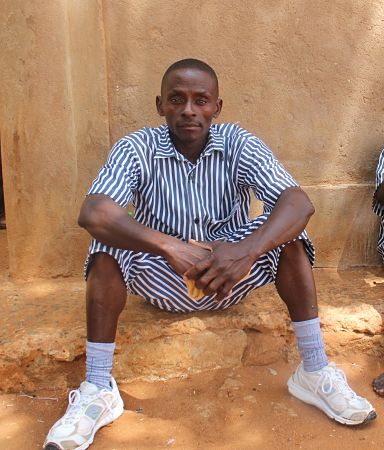 He would join them in praise and worship session and its here that God led him to discover that he had a talent in singing and dancing and as he praised the Lord, he prayed over his appeal. It successfully went through and the Court of Appeal reduced the sentence from life imprisonment to 10 years (ordinarily 5 years since in prison a day has 12 hours). “This was God telling me that I am forgiven and calling me to serve him in and outside the prison. I am free both in out” he boldly testified.

He joined Shimo la Tewa choir and later he was transferred to Manyani prison. He was sad that he was going to miss his brothers but was delighted that he was going with Christ and indeed he had Christ in him. When He arrived at Manyani he found that they also had a Mass Choir but not as strong as the one he was came from. As the Bible says in Roman 8:28- And we know that God causes all things to work together for good to those who love God, to those who are called according to His purpose. Mr Movee would later on become the leader of the Mass Choir, a Preacher and a pillar of encouragement to his fellow inmates

When Trans World Radio Kenya teamed up with SIFA FM Voi to the prison mission, it had never anticipated that it would get a well organized and prepared team that would lead in Praise and Worship. At one point during the planning we had thought of inviting a gospel artist to accompany them. Somewhere along the way, the thought was dropped and we later came to realize that God had already prepared a team.

Despite the challenges like getting time for practice, instruments and the continuous replacement of members due prisoners transfer program, they have already prepared an album of 8 songs but they have not found a sponsor to assist them produce the songs but still trust that all shall be well.

He is very grateful that the prison management through their Chaplain Reverend Daniel Nzalu have also been very generous to them and occasionally lends them the P.A system and Piano. Although they are old and faulty they still find joy in using them as they know whom they are using it to glorify. They have also had to improvise a speaker by cutting a hole on two 20 liters jerry cans and strategically placing them on the roof rails just to boost the sound output. 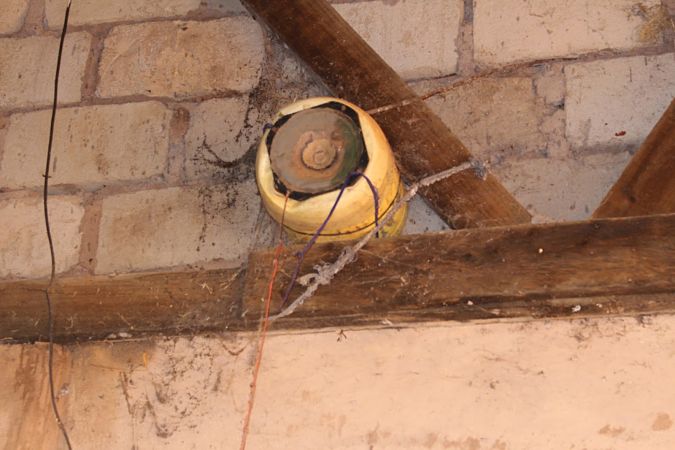 As we concluded our interview so that he doesn’t miss the day’s sermon being delivered by Through The Bible - Swahili ( Neno Litaendelea) Pastor Geoffrey Wanjala Munialo it dawned on me that certainly you can be physically imprisonment and still free in Jesus Christ our Lord.

We would like to share our appreciations to Kim Fay Company limited who ensured that each of the 975 inmates get a tissue Paper, African Gospel Church, African Inland Church Langata, All Saints Cathedral Missions Department and Trans World Radio Kenya for also ensuring the inmates get bar Soap each, bibles and devotional materials, cooking oil and baking flours. We cannot forget to thank the Management of Mayani including the prison’s Deputy Officer in charge Mr Titus Musyoka who was also grateful that for the first time in his life he was going to own a Bible thanks to Trans World Radio Kenya.

We also thank our brothers in Christ for the welcome and it was a big lesson on our walk with Christ as we able to see through the faces of those who had Christ and those who didn’t albeit in the same environment and we hope that God will provide for their needs and as Movee finishes his sentence early next year, he requested that we all commit him to the Lord that he will continue fully serve Him and the society will accept him back just as Christ has.

We would like to conclude by a brief in the prison, Manyani is located around 40 Km away from Voi town on the Tsavo West National Park and it was used as a detention center during the pre and post independence period to withhold political detainees and freedom fighters. It served as a good strategic detention center as any prisoner who tried to escape would be eaten by wild animals like lions also referred to as the Man Eaters of Tsavo.

According to the Prison’s Chaplain currently the prison has 236 inmates who are born again, 72 of them got saved while in prison, 36 of them were believers who had backslid-den before they were jailed, 60 of them are in the process of giving their life to Christ and 22 are attending Baptism classes. 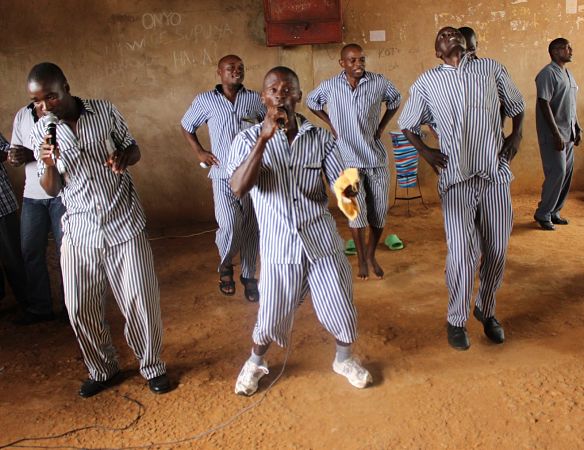 Trans World Radio Kenya is appealing support as it will be making another mission trip to the Prison in the last week of November this year. For further information email us on info@twr.co.ke