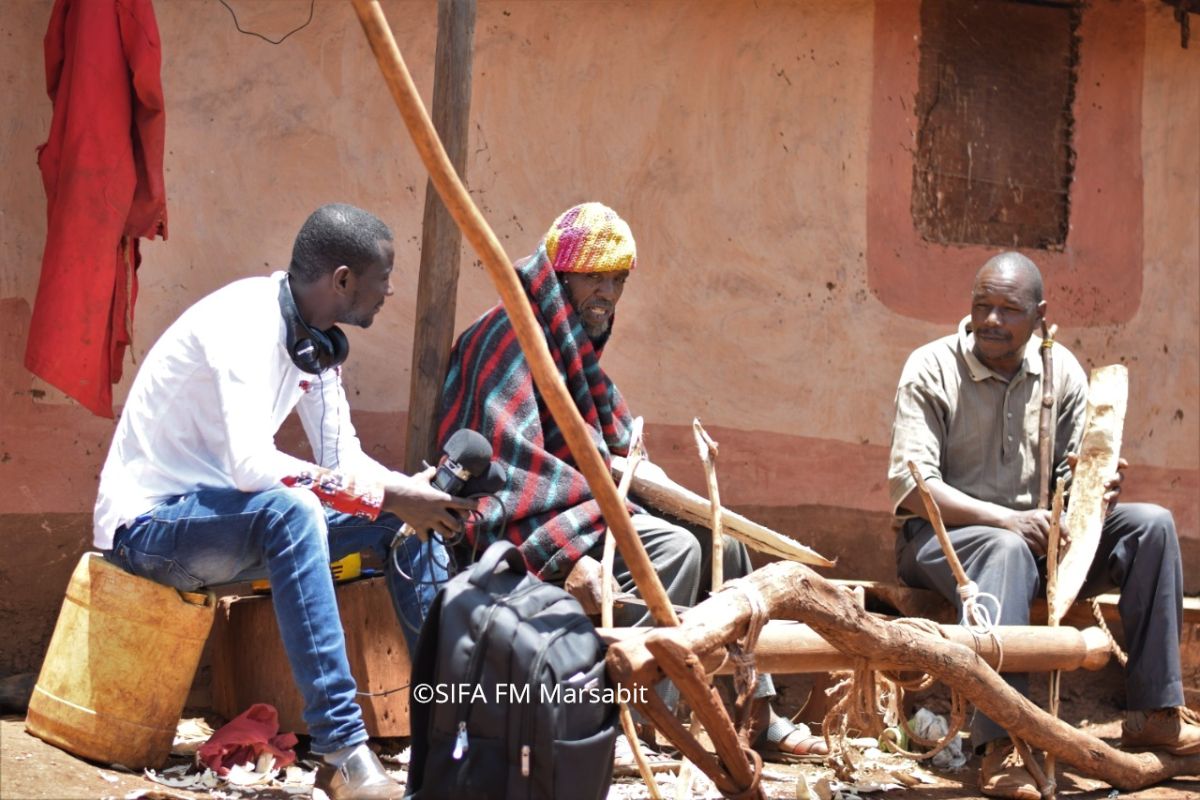 Before we share on this testimony we would just like to say a big thank you to all our listeners who have sent us testimonies on how they have remained hopeful despite the pandemic challenges. Your testimonies have also been a source of encouragement to others.

Before Corona struck, for Solomon our loyal listener the day would start at 5 a.m. For several years now Solomon has learnt to juggle between his vegetable farming and assisting his wife run the café in Marsabit town.

Being a family man blessed with three children, he always ensured that he works hard to provide for the family’s needs. At least everything balanced out well before the pandemic struck and control measures enforce. He would sell his farm produce to local hotels, and at the same time the family Café also brought in an average daily income of two thousands shillings. However things have now changed for the worse because both his farming and the business are not bring any income as before.

“I daily used to get at least two thousand shillings but not anymore for example like today I only have one hundred and fifty shillings and its almost 4 p.m. Somedays I get nothing.” Simon lamented
“The money I also used to get from the sale of my farm produce has also disappeared because the hotels have who were my main clients have also closed down, the tomatoes have now gone bad in the farm.” He added.

Since the Corona Pandemic hit the country life has never been the same again for Simon and his family. He is open to the fact they he may be forced to close down the café and depend on well-wishers for support if things continue the way they are. He is also faced with the uncertainty of raising school fees for his son who is in high school.

Despite all the uncertainties he is facing together with his family, Simon says that he has found hope through the SIFA FM Marsabit broadcasts.

*“ Listening to Sifa FM Marsabit has given me hope more at this trying time. Every morning when I wake up before I start my daily routines, the first thing I do is to switch on the Radio and listen to the morning devotions. The devotions have kept me hopeful by giving me the assurance that tomorrow will be a new day and the Lord is with me neither will He forsake me. Just as He says in the book of Deuteronomy 31:6 Be strong and courageous. Do not be afraid or terrified because of them, for the Lord your God goes with you; he will never leave you nor forsake you.” Solomon explained. Online image of a studio mic.

In conclusion Simon requested that we continue to pray for the containment of the Corona Virus so that normalcy would resume so that he and others would continue to provide for their families.

On behalf of Trans World Radio Kenya’s SIFA FM Stations, we continue to request for your prayers even as we continue speaking hope during this uncertain times that has continued affected us all. We also thank you for the financial support you have extended towards the ministry.