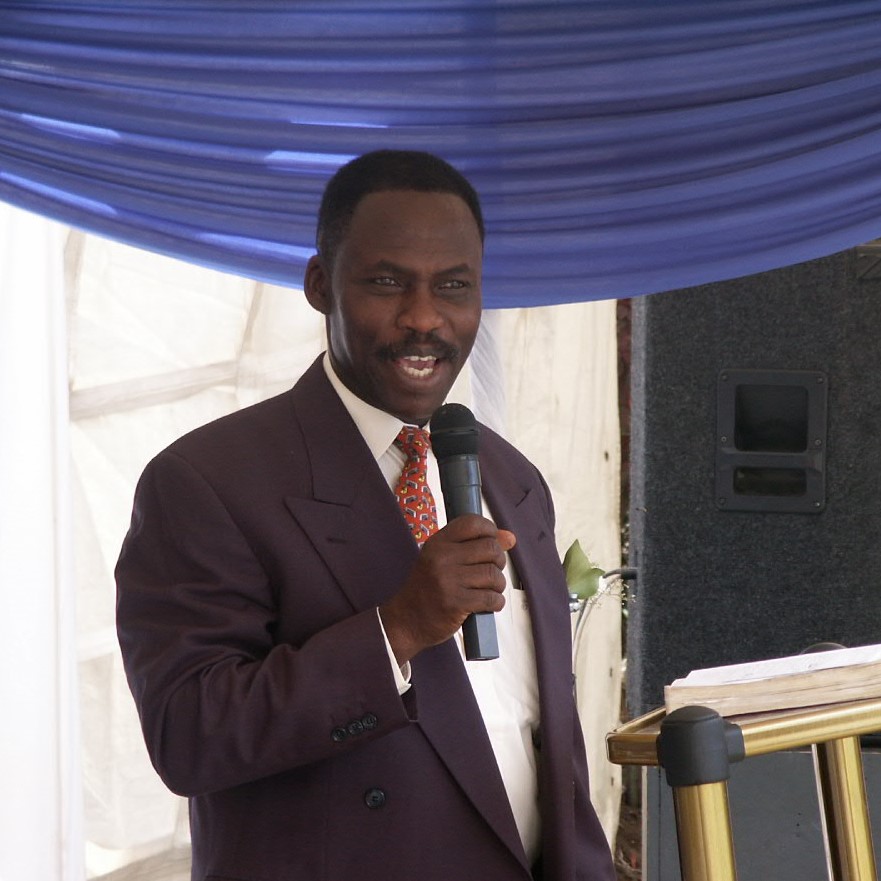 Stephen Boakye-Yiadom was a friend, a co-worker and a mentor. He was also my boss from 1996 until he passed away in 2006. When I think of Stephen these words come to mind: passionate, fair, caring, a man of integrity and not self-serving. As I worked with Stephen, he made it clear that this was how we, as leaders, were going to serve our team in Africa.

The amazing thing about Stephen is that he didn’t lecture anybody about how they should act; rather, he led us by living out servant leadership every day. When Stephen passed away suddenly in 2006, leaders from all over Africa came to his funeral. We all agreed that we didn’t just lose a leader, we lost a father. Stephen had this incredible ability to make everyone feel important. It didn’t matter if you were doing physical labour jobs for TWR or if you were in the highest position in the ministry—it was clear Stephen valued each team member greatly.

Stephen was an impactful mentor of mine. I had the privilege of watching him do his job. If he was meeting with a head of state (which was not uncommon), I would observe and learn how to conduct myself so I would be prepared for the times when I would meet with senior government officials. In just a few minutes, Stephen would be talking with the officials as though they had been friends forever. I watched and learned; it was a simple and natural way of being mentored.

When I arrived in Africa, Stephen put together a schedule for me. I would be at the Africa regional office for two weeks, then I would spend a week in one of our partner offices in Africa. Stephen told me clearly to go into these offices and observe, make friends, use my mechanical skills and look for opportunities to help fix something. He told me to let them see the value in what I had to offer. Stephen was there with me on many of these trips, helping and guiding me. He figured out how to bring me onto the team seamlessly without me disrupting or imposing on our partners. This was mentorship.

For the next 13 years, I travelled across Africa, became friends with our partners and eventually had the privilege of mentoring many of TWR’s leaders. What I learned from Stephen was passed onto a new group of leaders.

Stephen was truly a servant leader. As I write this blog and reflect on my time under the leadership of Stephen, I am overwhelmed by his capacity to mentor by doing and not by speaking. His living by example is what impacted me the most.

Empowerment is essential to leading a ministry, especially a ministry with such a large scope of work like that of TWR in Africa. Before arriving in Africa, empowerment for me was a concept; under Stephen, it became a reality. Stephen empowered me and then told me to empower others. Stephen was the person who showed me that the only way we would get the job done in Africa is if we empowered our staff, our national directors and our partners. Stephen helped me put the concept of empowerment into practice as I worked throughout the region.

I’ve written about the day-to-day mentorship, but there was another very important aspect of Stephen’s mentorship. Stephen’s passion to reach Africa with the message of salvation was contagious. You couldn’t be around Stephen and not feel his excitement. He coined a simple phrase, “Africa Needs Jesus”.It was what drove Stephen, what got him up each morning. This passion became my passion, and because of that God opened doors in miraculous ways for us. Many people have told me through the years that they can feel my passion when I speak. I am not sure if this is a skill you learn or if it just becomes part of who you are when you see the impact of the ministry. What I can tell you is that when I started working with Stephen I knew in my head what needed to be done, but after working with Stephen it was in my head and my heart.

If you weren’t comfortable working cross-culturally in Africa, you couldn’t be in leadership in Africa. There are over 50 nations in Africa and they all have different cultures. We worked with Europeans, North Americans and Africans. Working in this environment was exciting but also difficult at times, especially in my early days in Africa. Just watching Stephen work across cultures was a true mentoring experience. It would take pages to write how Stephen functioned at a level I have not seen many do successfully and how he brought me on a long journey to finally being able to work in this environment myself. One simple thing he taught me: If you are with a group of men and you can’t get them talking, just bring up politics or their president. “You won’t have to talk anymore, they will carry the conversation,” he said. It worked every time.

Stephen was a mentor because he was a living example of a humble, serving, passionate and caring leader. He led by setting the example that everyone was important. He put people ahead of everything else. My hope is that people have seen some of those same qualities in my leadership.

The Late Rev Stephen established Trans World Radio Kenya in 1976 & rose to became the head of TWR Ministry in Africa a position he served until his untimely death in 2006 in South Africa.