Showers of blessings as TWR Kenya team hands over mattresses to the Prison.

Life in prison is tough but it’s tougher if after a long day of hard labor you still struggle to get a place to rest your body because the mattress which you are using is worn out thereby losing its density. When Trans World Radio Kenya team visited Manyani Maximum Prison last year in November, they were moved by the living condition of the prisoners, who despite lacking almost everything that makes life comfortable they passionately praised God.They were physically in prison but free in Christ. After the mission the team reflected on the visit & pledged to do more to support the prisoners as they had requested for support.

Run down to November 25th and having set all systems go, Trans World Radio Kenya teamed up with SIFA FM Voi for a comeback mission to the prison. The Lord had provided the resources and new partners for the mission. The team was ushered into the prison by the Chaplain Rev. Daniel Nzalu and The Senior Assistant Commissioner of Prisons Mr Nicholas Maswai who is also the Officer in Charge of the prison. Songs of praises from the prison Choir rented the air as the team approached the hall.

Earlier on during a brief meeting with the TWR Kenya Executive Director Mrs. Bernice Gatere, The Officer in Charge had this to say, “ You see its very expensive for the government to run prison facilities and sometimes the prisoners lack their “basic needs” like toilet rolls and soap and we don’t have the money to buy because we already used all we had on food. Like this year I didn't know what to do when I was informed that some prisoners lacked mattresses, and since we have new blankets I was about to give them to use as a mattress but before that I was informed that Trans World Radio & SIFA FM are coming with mattresses. You don’t know what impact you have made here, God bless you and have made history as I have never seen this happen in any prison in Kenya. This is a miracle God has directed you to the place where there is a need .”

When Bernice rose to break the good news of the mattresses to the prisoners, one could not miss to capture the exhilaration written all over their faces accompanied with continuous claps. As she thanked the partners who had made it possible for the ministry to get the gifts for the mission as she promised the prisoners that they will always be in our prayers and hoped that they will all be set free one day.

That was not all, during his speech Maswai announced to the prisoners that since God had sent people with early Christmas gifts he was also going to provide two cows, ensure that the prison halls get fumigated before the new mattresses are distributed and also give out new blankets. “I also request that SIFA FM Voi organize for live transmission events from the prison so as to allow the prisoners send their greetings and share their testimonies with the outside world and organize for Theological training programs." He added as he reminded those present that a prison is not a condemned place for selected people and anyone can find his way into the prison including himself.

The Chaplain also requested that they needed to have more of such visits and support especially on Christian literature since most of the prisoners go with the bibles and other books when they are set free. “Through such visits you give hope to the prisoners as they realize they still have people who care about them.” He added

Pastor James Ngugi of Full Gospel Church Voi who was also the guest preacher reminded the prisoners that its better to be in prison and have your ways clear with the Lord that to have your freedom outside but when you die you go to hell.

During the visit it was double blessings for the choir leader Gabriel Mwacharo Movee whose testimony featured in our December 2015 Newsletter as he was promoted to Blue Uniform Prisoner(a leadership role that enables him to get special treatment as a prisoner). Maswai also promised to assist him and the choir record their songs before he leaves the prison next year February as he had requested that he hopes to record the songs they had worked hard as team to compose before he leaves. The Officer in Charge also promised that they were going to accompany Movee to his home church and testify to his community that he is now a transformed man. Mwacharo also thanked the team for the mission on behalf of all the prisoners. 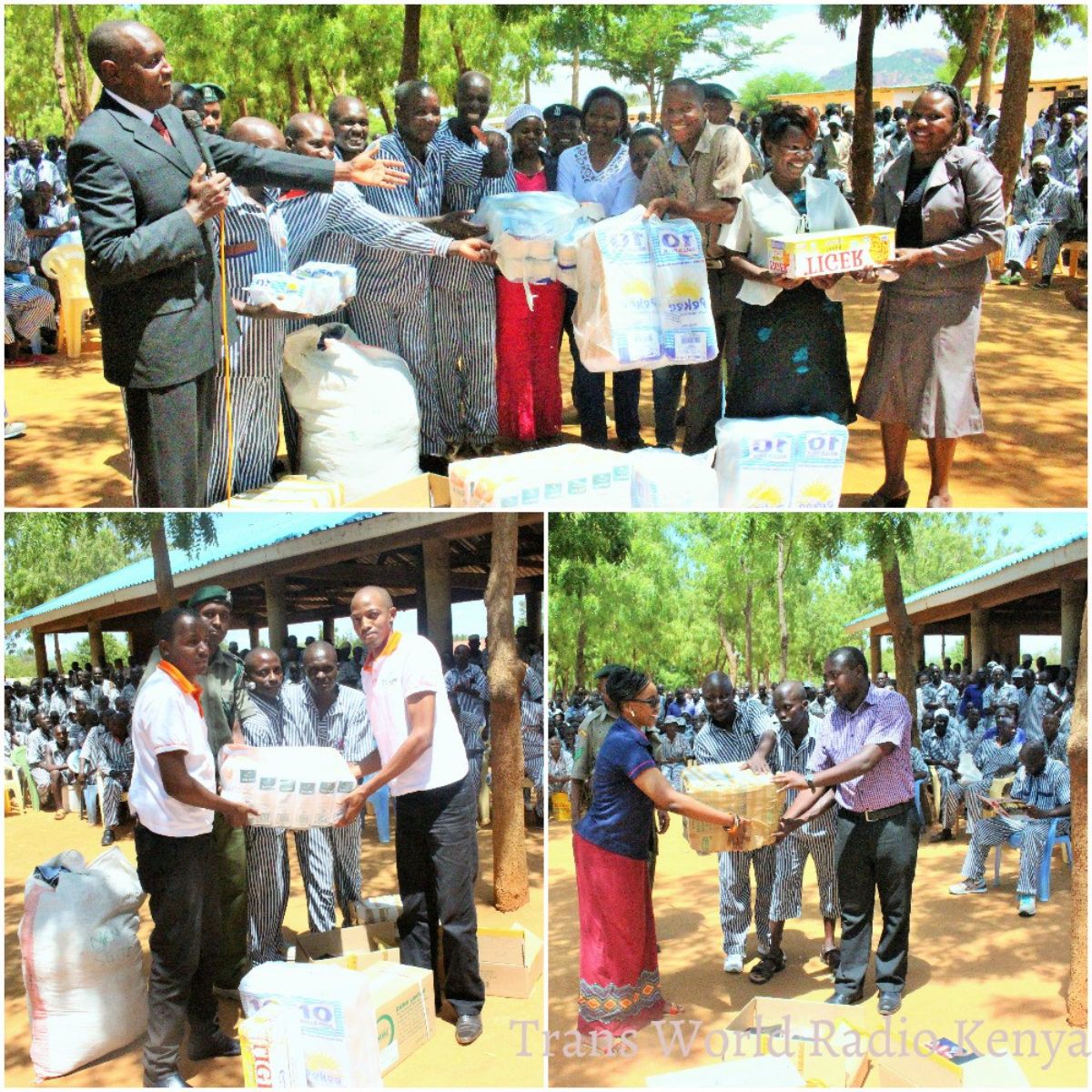 Through a partner of TWR Kenya were able to get 970 new mattresses alongside assorted medicines for the Prison Clinic and bibles from Good Shepherd Church Ngong Road, maize flour from Winnie’s Pure Health, 1000 toilet rolls and bar soaps from Full Gospel Church Voi, clothes, and other spiritual enriching books from TWR Kenya and SIFA FM Voi.We thank God.

On behalf of all the prisoners & Trans World Radio Kenya we would like to say thank you to all our partners and friends who made this mission a success through prayers and the generous contributions and we would like to appreciate you by the words of 2nd Corinthians 9:11-12- “You will be enriched in every way so that you can be generous on every occasion, and through us your generosity will result in thanksgiving to God. This service that you perform is not only supplying the needs of the Lord’s people but is also overflowing in many expressions of thanks to God.” 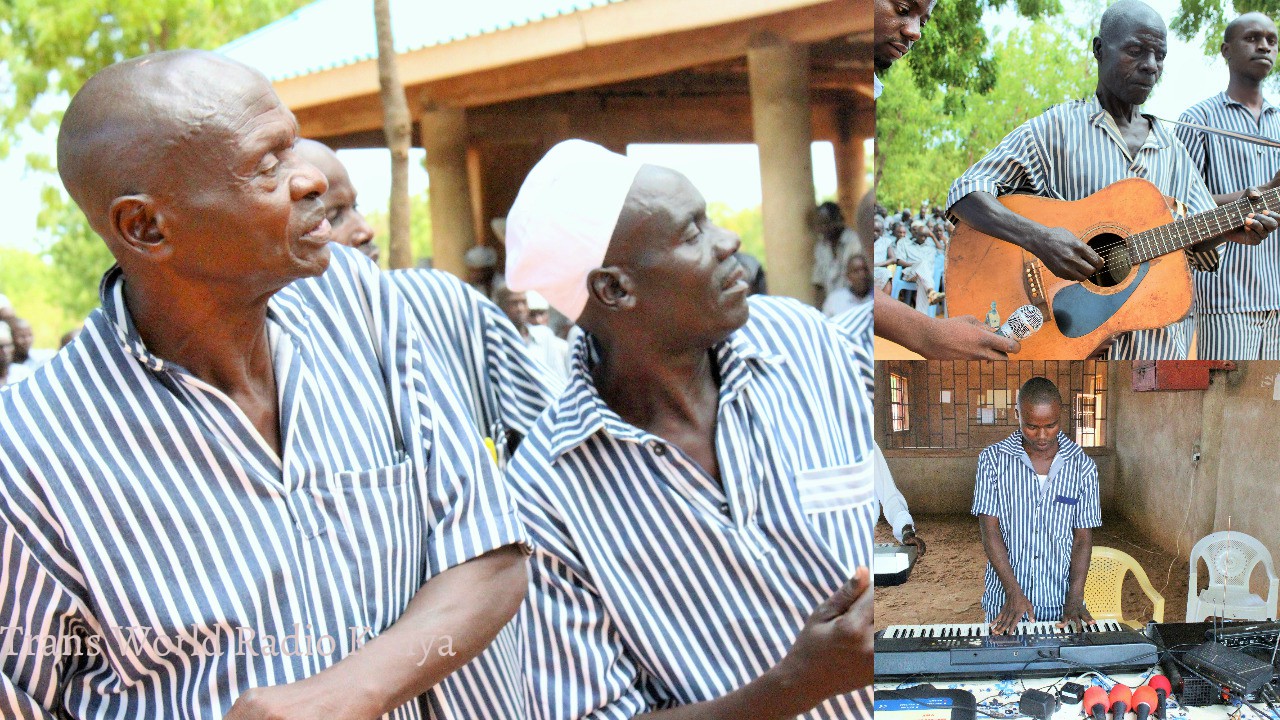 Indeed it was a day of God’s blessings and even as we handed over the mattresses the heavens opened up and we received showers of blessings.