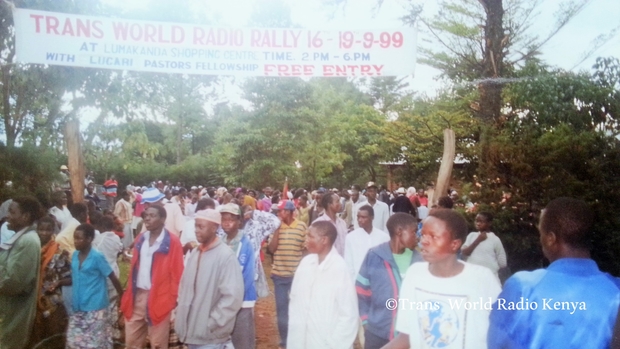 The year 1999 may just pass out any as an ordinary year to most of us but in the life of Pastor Joshua Kamau * of Lamu County, it a year of high significance in his life as its the year the conviction grew stronger for him and he let go of his past sinful life and he surrendered his life to Christ.

Born and raised in Lamu 37 years ago, Pastor Kamau’s journey to salvation begun when he was only 12 years when he started listening to Trans World Radio Kenya broadcasts on Shortwave signals. At that time he just loved listening to the gospel and it ended at point..just listening. He vividly remembers how he used to write letters to the producers of his favourite programs like Climbing Higher, Africa Challenge, Through The Bible etc and as a result of that he received his first bible in 1992 after he requested for one.

During this period, Trans World Radio partnered with the National broadcaster KBC Radio and introduced the walk Through The Bible radio series in Swahili commonly known as Neno Litaendelea and he fell in love with the program despite continuing with his sinful lifestyle. At that time he used to sell alcohol and would sometimes mug people when his alcohol business was down.

In 1998 by the time he was moving his trade to Nairobi,his love for Neno Litaendelea had soared. One day in June 1999 as he was listening he heard the continuity presenter Sister Pamela Omwodo (now TWR FM Manager) announce that there was going to be a Radio Sunday Rally at Nyayo Stadium and all listeners were invited. The key speakers were going to be Pastor Githumbi Maina the then TTB Swahili Pastor & Pastor Pius Muiru of Maximum Miracles. Immediately he said to himself, “I will attend that rally."

Fast forward on the day of the rally he was there at the stadium by noon even though the official time for the rally was 4 pm. When the pastor was invited to preach, he felt like the sermon was specifically directed to him & when a request was made for all those who would want to surrender their lives to Christ to move forward he moved without second thoughts and after being led into the prayer of confession, he was given a booklet and a card where he was to write details and the place where he would be worshipping and send it back to TWR's Neno team.

On that day when he went back home, he kept the salvation news to himself and with help of the booklet he was given, he found himself mostly praying and reading his bible. Few weeks later in July, he moved to back to Lamu a changed man and the first thing he did was to find a church and he joined a Pentecostal Church in Mpeketoni. The Church helped him to grow spiritually and also equipped him with basic pastoral trainings.

Five years later God led him to Hindi area and he started a church and thirteen years his church has given birth to six branches in different areas within the same county. All this he attributes to Trans World Radio Kenya. “18 years ago in a radio rally Trans World planted a seed in me and today the seed has germinated till it has produced more seeds. I had never imagined in my life that I would be a pastor at the same time host those who led me to the Lord in a area that missionaries fear to come to because of insecurity. This must be the work of the Lord.” Said Pastor Kamau.

Indeed this is the work of the Lord.

On the flipside Lamu County has been under constant attacks by a world known terror group due to its proximity to Somalia shores and the vast Boni forest. As a result of the numerous attacks and deaths most people have had to flee or be forced to live in temporary internally displaced camps. This is has inturn affected the fellowships although the government has heightened security patrols the situation is still very volatile.

We thank God for Lamu Pastor’s Fellowship for staying put to preach the gospel. Their decision to stay and putting their trust in the Lord has given their congregations a sense of hope thereby reducing the mass exodus. We are really grateful that on this day over 50 pastors and Church leaders made it to the pastor’s conference that was happening at Pastor Kamau’s church. The key speaker was Dr Sam Gordon from Truth for Today ministry who had gone against all odds to come and share the message on the ideal Church of Christ as captured through the life of Paul in the book 1st Thessalonians chapter 2

Indubitably no one understands the ways of the Lord. When TWR Kenya planted the seed in Pastor Kamau, God made it grow in an area where it was needed and now its bearing fruits at the same time thank God for preparing Pastor Kamau to welcome us into this mission feared land many years ago

On behalf of the pastors we continue to ask for prayers for the churches, pastors, the security forces against any planned attacks and that peace will prevail so that many more may get an opportunity to hear the Gospel. The other need of great importance is the need for bibles and other Christian literatures. 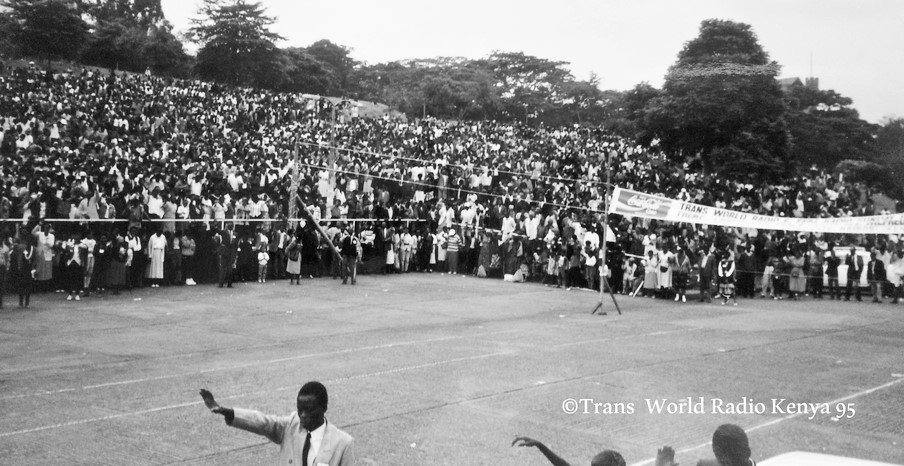 NB – As a precautionary measure We have used file photos & a different name to protect the real identity of pastor.