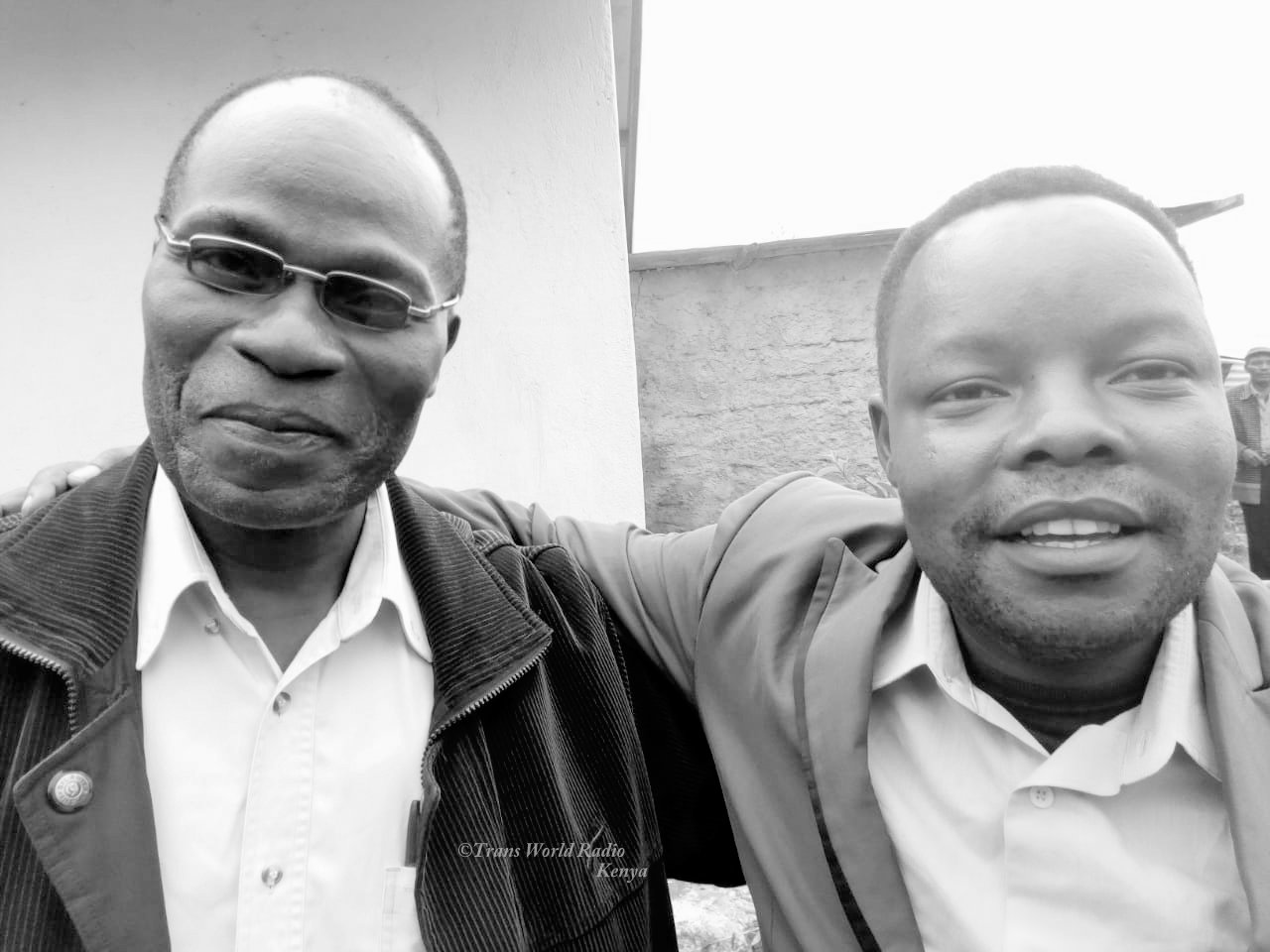 As a broadcaster, whenever one is in the studio doing a production the conversation is between you and the microphone in front of you which can't respond back. To fill the response void there is always this imaginary listener that every broadcaster has in mind. It’s the same listener one always assumes that every message is directed to. This explains the un measured delight whenever a broadcaster physically meets a listener who openly shares how their lives have changed as a result of your broadcasts. Although a broadcaster may not directly express it as the listener dooes, but the feeling it leaves behind is treasure that always plays out well when one gets back to the studio.

This scenario recently unfolded when one of Presenters & Producer brother Charles Otunga recently bumped into a loyal listener at a funeral of his brother in law. Charles even went ahead to recorded a short interview, and had this to write about the encounter.

“Every cloud has a silver lining, so goes the saying. But its more revealing when you meet a pastor in a somber mood in a mourning village in Mchonyi, Mwarungu, Taita Tavetta county. The interesting part is that besides being a minister of the word of God, he is also a loyal listener of Sifa 10.7 FM Voi, an FM network of Trans World Radio Kenya.

I met Pastor Morris Ngolo at the funeral of my brother-in-law Jack Mwabili. I had gone to appreciate him for the wonderful worship music he had just performed. As we kept talking, I asked him if he has ever listened to Sifa FM Voi and that is when I realized he is a loyal listener of the station and before that he used to listen to TWR Kenya broadcasts on Kenya’s National broadcaster* Radio KBC**.*

As he stared to mention programs that have been of great spiritual benefit it dawned on him that he was speaking to the presenter of his favorite Radio Bible program Uzima Wa Milele (InTouch Swahili adopted from Rev Charles’s Stanley’s InTouch series.)

Pastor attributed his spiritual and ministry growth to other the TWR programs like Neno Litaendelea (Thru the Bible Swahili), Mwito (Macedonian Call), Dorothy Daily Devotion Taita, Matumaini ( Herald of Hope) etc. that are currently being broadcasted on SIFA FM Voi.

Other than being a listener, Pastor has gotten an opportunity to invited to the station to share the gospel live. He ended our conversation by thanking Sifa FM & Trans World Radio for the good work they are doing in spreading the gospel alongside giving a platform hopeful for others to reach out through preaching and singing.

We thank God for all our listeners and we are hopeful that one day we will be able to spread the gospel in all areas. As we also continue to encourage our listeners to be sending feedback and share their testimonies. They are our greatest motivators following God's commandment

"Publish His glorious deeds among the nations. Tell everyone about the amazing things He does. Psalm 96:3

Here is a soundbite of the brief interview with Pastor Ngolo.