2021 will remain to be a red-letter year in the broadcasting history of Trans World Radio Kenya’s SIFA FM network ministry as three of her presenters emerged best to win four awards in different categories in the 2021 Ninth Annual Journalism Excellence Awards (AJEA) organized by the Media Council of Kenya and her partners. 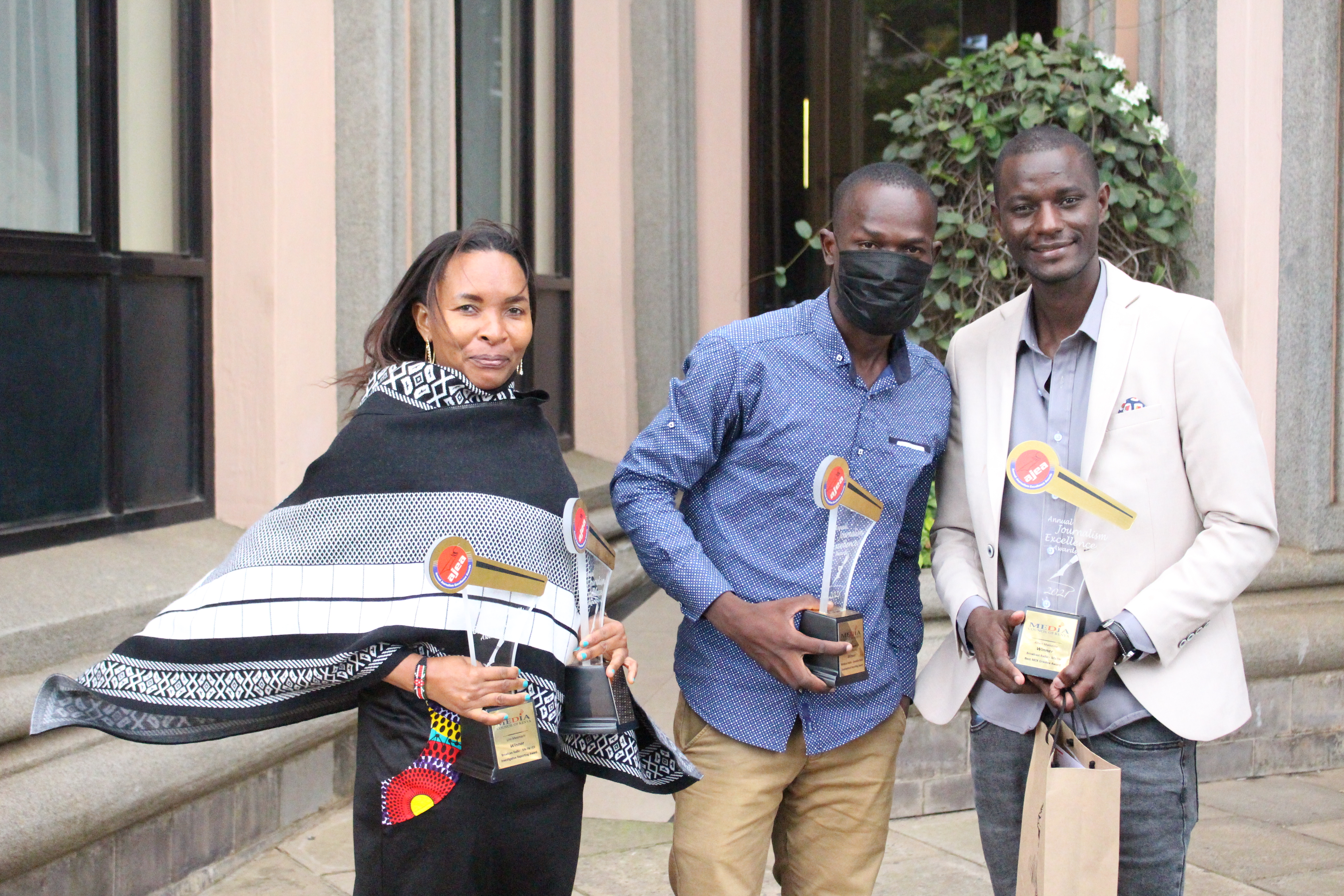 Earlier in March, the Media Council of Kenya had called for entries to the Annual Journalism Excellence Awards for All MCK Accredited journalists working in Kenya. The team heeded the call and filed their radio stories in the 14 different categories that include Radio, Print and TV.

Speaking during the awards gala in a city hotel, Media Council of Kenya CEO Mr David Omwoyo announced that the council received a total of 1,190 submissions for the awards and the 14-member judging panel had to work day and night before selecting the best of the best to come up with 18 winners. 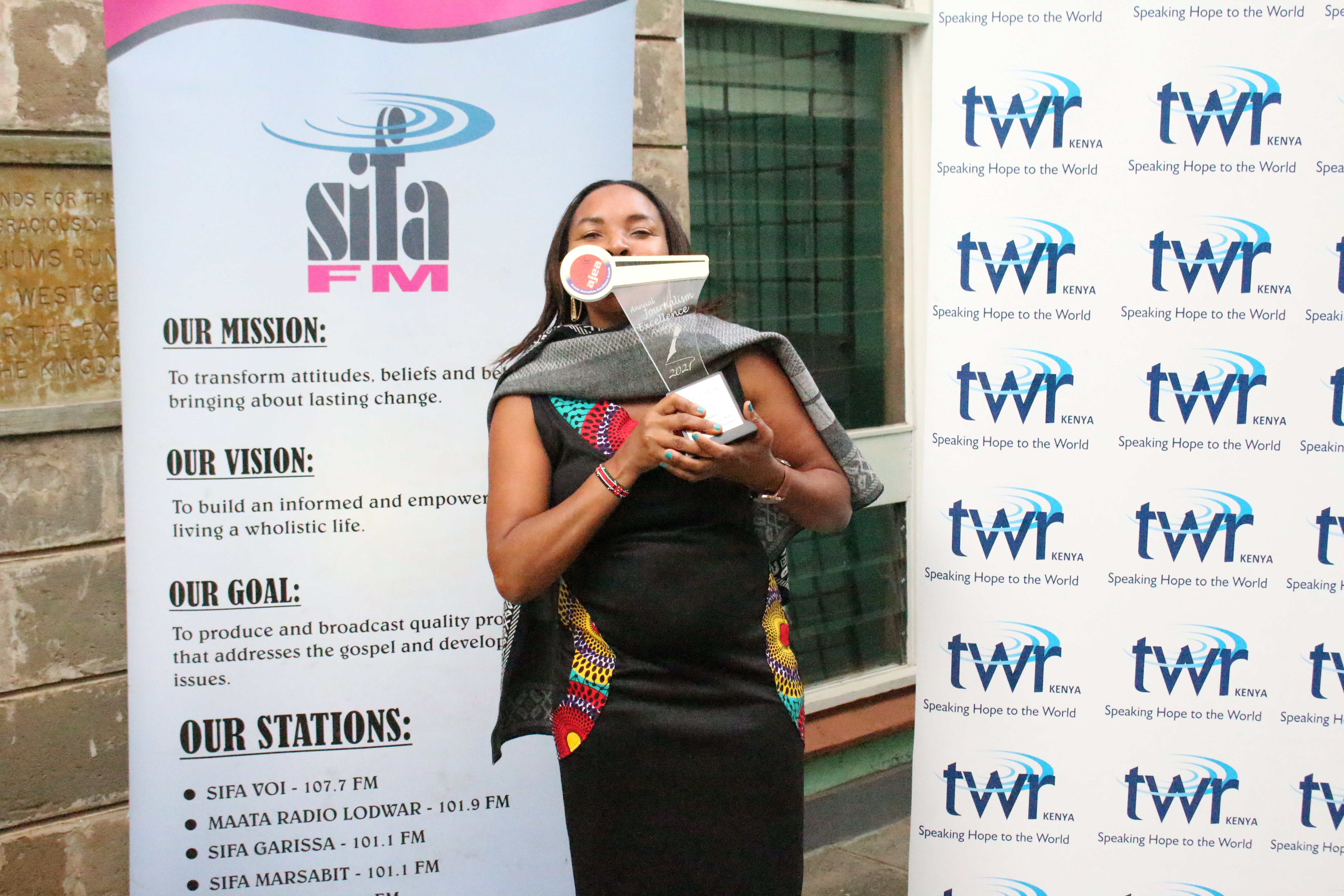 In the awards, Lina Mwamachi of SIFA FM Voi emerged as the best in 2 categories. Environmental feature Reporting Award with a radio feature she did on the dangers of Climate change on Bee farming that emphasised the importance of bees in the ecosystem and why their existence if threatened can have detrimental effects on Agriculture in general. Her investigative feature on Simple Solutions For Stubborn Problems focussed on how the planting of trees can be adopted as a simple solution to end the human-wildlife conflict. Linah could not hide her joy upon receiving the news of the double victory.

“I am very happy and grateful for these awards. I had never imagined that one day I would make it this far because of the stiff competition in the awards. I thank God and everyone who kept on encouraging me to file my stories for the awards. I sent 7 feature stories and I emerged the winner in two and I was runners up in one”. She said during the appreciation breakfast at Trans World Radio Kenya offices." 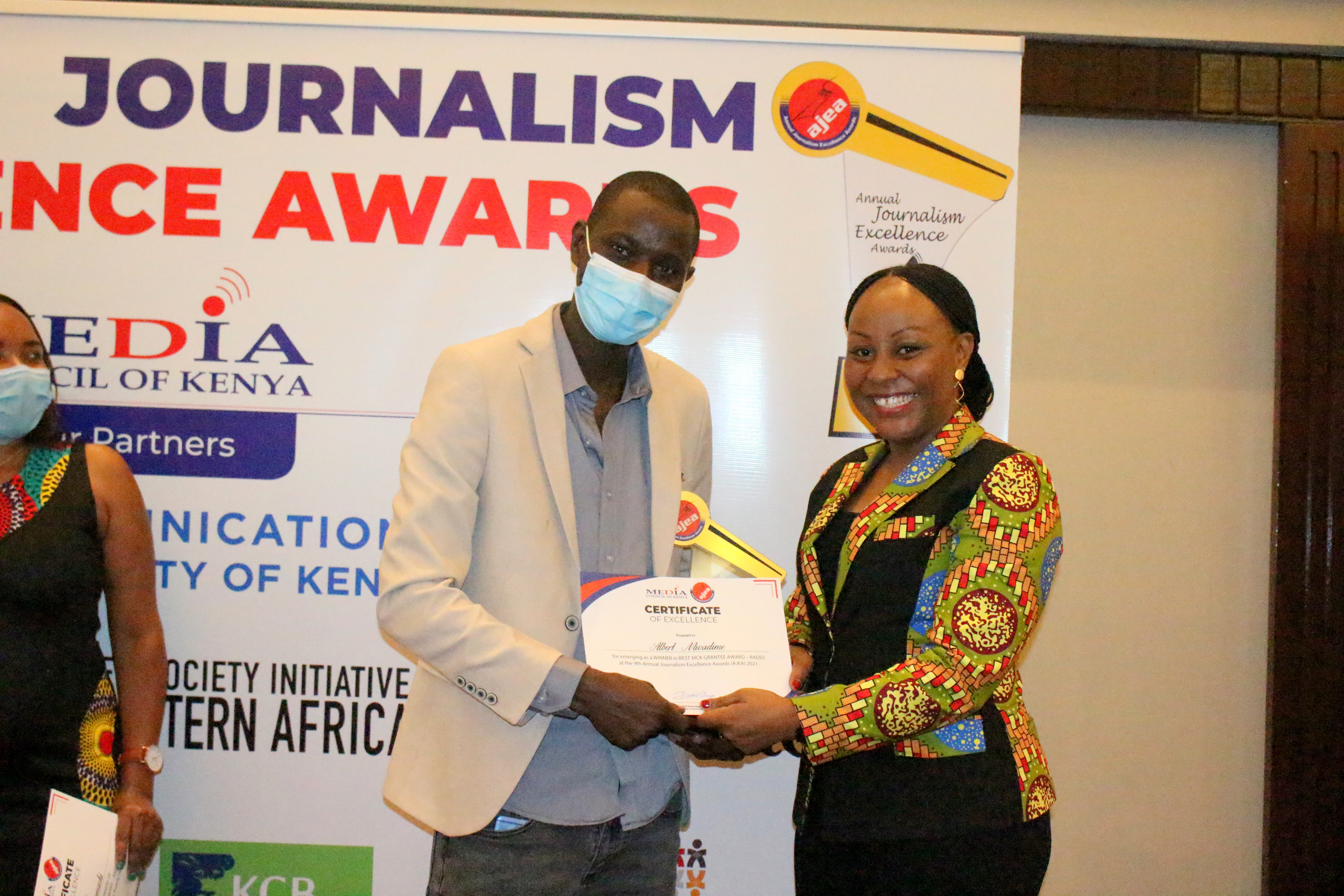 On the other hand, Albert Mwanyasi of SIFA FM Marsabit emerged best for the Media Council of Kenya Grantee Award. This radio feature focused on Nutrition During Pregnancy in Arid and semi-arid areas highlighting the challenges expectant mothers face in getting a balanced diet that is key in the growth of unborn babies. Albert had filed two feature stories for two different categories.

“Getting these awards have proved to me that it's possible to become the best even if things seem not to work. Preparing these features had some challenges but I'm happy it has paid off. I am still looking forward to achieving more. I thank God for this opportunity through SIFA FM” 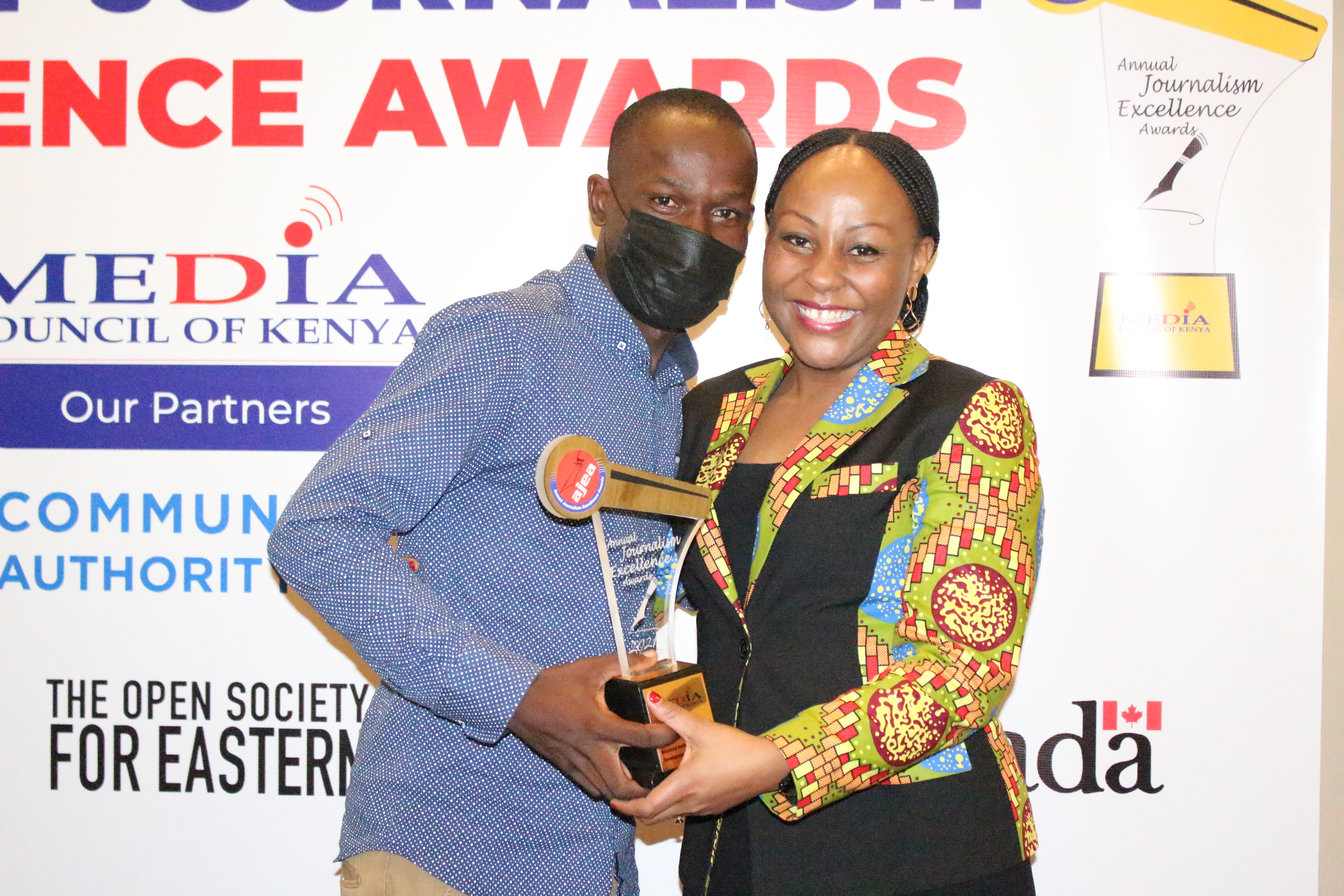 Our newest FM network ministering in the Kakuma area was also not left behind as Michael Kwena of Atoo SIFA  emerged the winner in the Development Reporting Award with a story on the Challenges of getting Identity Cards for those living in Isiolo. This feature focussed on the communities that are yet to be recognised as part of the Kenyan tribes or those living in remote areas who face challenges in the acquisition of National ID. 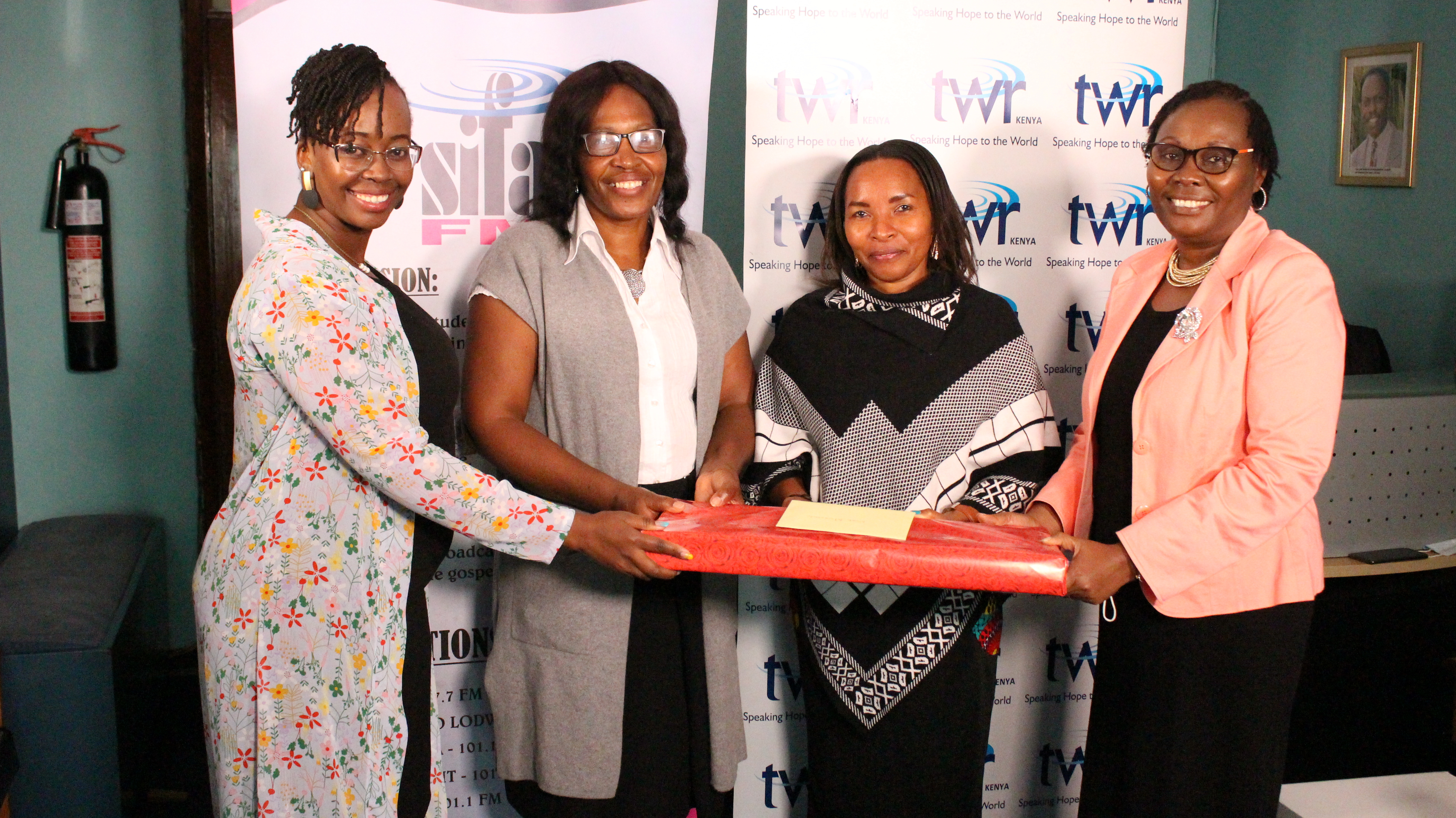 Although this feature was done while working for Deutsche Wella media just before he joined Atoo SIFA. The Ministry could not hide the joy in celebrating the success. Kwena filed 10 features for the awards and was runners up in several of them in different categories.

“I am very happy and although this I while still at DW am sure it is an indication that comes nest year Atoo SIFA will feature in the awards. Kwena assured TWR’s Executive Director Dr Bernice Gatere during the trophies presented to the ministry."

When news reached of the awards reached the got the rest of the team members, their social media handles were awash with congratulatory messages led by the Executive Director and the FM Manager Pamela Omwodo who showered the winners with words of praise as they all thanked God for this breakthrough.

Yes indeed! We thank God for all the winners! Congratulations to you all. Director Dr Bernice Gatere

Congratulations Kwena, Lina and Albert. 3 stations this year. All stations next year.

Congratulations Team Sifa 👏🏻👏🏻 Albert, Linah, Kwena am extremely proud of you. This is a big win for us all indeed together we can achieve a lot. It’s our time to dance 💃🏻💃🏻💃🏻

Let me take this opportunity to congratulate sifa Voi and Marsabit for winning awards. Glory to God.

Now it looks like SIFA FM is winning everything. 👍👍👍 Now all eyes will be focusing on what is inside the SIFA FM pot.

Congratulations to the winners. We celebrate together as all praise and honour Go to God the creator of heaven and earth.

In another rejoinder during a thanksgiving breakfast organised for the winners by the ministry, SIFA FM General Manager encouraged the team to be always on alert when calls for awards are announced so that they can choose the very best of the best for submission as the sky is not the limit for them and the rest of the team. The Executive Director on the other hand continued to thank the winners that despite the pandemic and other challenges they put in hard work and sacrifices that had paid off. Reminding them that getting the awards was an encouragement to everyone especially the interns and the importance of trusting in God. “May God bless the works of your hands and we are behind you in all". She assured the team

Until we have AJEA 2022 we will continue to celebrate our champions as we continue to thank God Who has gifted you with the strength and ability to shine brightly in His world.