In this digital era of varied news mediums, news sources no longer have to worry about the duration it will take before their information gets to their recipients. In fact the decline in newspaper supply has largely been linked with the upsurge in online media commonly referred to as social media and thus both print and broadcast media organizations have had to adopt digital broadcasting so as to remain relevant. 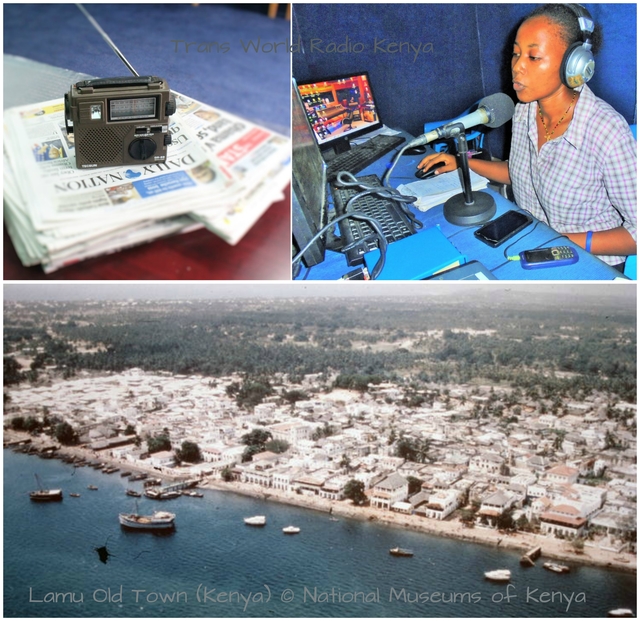 Not long ago Radio and Newspapers were the only sources of News and for developing countries like Kenya where the capital city is regarded as the hub of all media operations, Newspapers established their printing plants in Nairobi and by 1 AM the day’s paper is loaded into high speed vans ready for circulation across the country so that by 7AM almost all vendors have the dailies. Since the circulation is done by road some areas have poor roads network ie in some parts along the coasts and North Eastern part of Kenya the paper would take 1-3 days before it reaches the vendors. Since its very expensive to establish more than one printing plant so that the soft copy be sent electronically for printing in different areas the transporting channel has remained the same despite the growth in digital media. The growth also has changed the content delivery ie digital media gives the brief then you get the whole story published or broadcasted on radio or TV.

With that growth it’s easy to think that the world has fully become a global village but that is not the case because digital broadcasting depends internet connectivity and not areas in Kenya have fully been connected and one case in point is Lamu County where Trans World Radio Kenya set up Sifa FM in March 2012. Lamu County consists of over 65 islands with the major ones being Lamu, Pate, Manda, Kiwayu and Faza making it Kenya’s archipelago lying along the 130 KM coastline as published on the county’s website.

With newspapers printing plants located over 460Km away in Nairobi and with limited flights it takes more than 12 hours before vendors can get the newspapers but thanks to SIFA FM Lamu for stepping in to bridge the News gap through her breakfast show Tuyaweke Bayana (Let’s put it in the Open) program hosted by Janet Mumbi, SIFA FM listeners have been able to access information on what is happening within and outside the Islands in Swahili a language they understand best.

The daily newspapers reach the archipelago late around 3PM in the when the news content is no longer news to most Kenyans and to make it worse there is only one local newspaper vendor in the whole of Lamu Island. The rest of the four major islands are more disadvantaged as far as access to newspapers is concerned. The newspaper review segment of the breakfast show comes in handy. Thank God the dailies companies have adopted the online media and from their electronic newspapers, the Station presenters take their time brief the listeners on what has been published in the dailies by going through their sites. The listeners also get a platform to discuss current affairs with a studio guest through the live call-ins and messaging. Other than the delay, language barrier is also a challenge since the publications are mostly in English but the area’s main language of communication is Swahili.

According to Osborne Munga, the Station Manger the listeners have constantly been appreciating the station for this very important informative role other than preaching the gospel. Sentiments also shared by the program host who also acknowledged that she had realized when people lacked information, it very easy not to understand or misunderstand what is happening and that is why she goes in detail when doing Newspaper review and the listeners actively participate in the discussions.

“I love the way you do your newspaper review. The in-depth review really helps us to understand what is going on around us. God bless you in a mighty way”. Wrote Amos M. a listener from Manda Island during the breakfast show.

We take this opportunity to thank our friends and partners who have been very supportive both financially and through prayers to keep the archipelago station running. Through you the station is now in the process of extending its reach from a radius of 50 km to over 150 km by upgrading its must from the current improvised pole of 20m to a must of 60m and we trust in God that we will be able to mobilize resources for this project as we continue to ask for your prayers as in the the past the county has been under constant terror attacks as it borders Somalia. Although currrently peace has prevailed after the government deployed tight security measures.

We also recognize the efforts that the government through the Communications Authority is putting to roll out the fiber optic cables and lowering the internet charges that has led to Kenya being ranked number two after South Africa internet usage and highest bandwidth per person in 2016 as published byPew Research and the Kenya National Bureau of Statistics respectively. However more still needs to be done especially on network coverage in marginalized areas.

Internet comes with its own challenges and you have to fight for space and as warriors of Christ it’s our duty to ensure the ‘online Gospel space’ is secure.

Hebrews 13:21 Equip you with everything good that you may do his will, working in us that which is pleasing in his sight, through Jesus Christ, to whom be glory forever and ever. Amen.