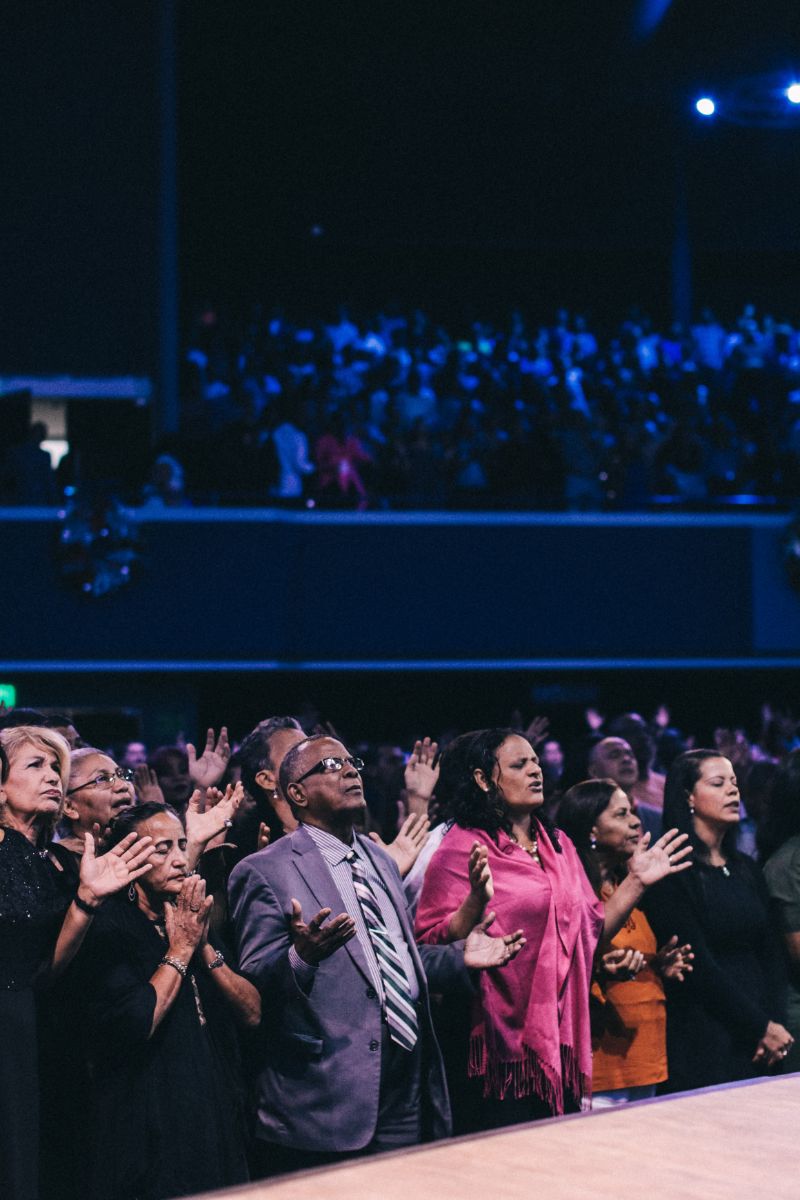 As believers, we know that names have power. Over and over we have seen in scripture that God changed people’s names once they became believers or they chose to follow him. An example is Jacob.

The man asked him, “What is your name?”

Then the man said,

“Your name will no longer be Jacob, but Israel, because you have struggled with God and with humans and have overcome”

I find it interesting that after wrestling with God, Jacob’s name was changed to Israel, which meant Devout. He basically changed from deceiving to devout. Consequently, his name trickled down in history as the name that described the chosen people of God. Future generations' identity were changed because of this man’s act of devotion to God hence he was given the name.

While meditating about the power of names, I remebered the name Sifa from the Sifa FM stations that Transworld Radio Kenya founded. It means Praise in Swahili. The Sifa FM stations are dedicated to tell of God’s goodness to all the earth. One of the regions that Sifa Fm covers is that of Wajir, Garissa and Mandera.

Interestingly, the regions names are symbolic. To start of, Wajir is a Borana word that means coming together. It was given to this part of the country because of the different clans and pastoral communities that used to meet in the region to water their animals.

Mandera’s name on the other hand, has been attributed to Madeer, the umbilical cord of animals, more specifically camels and goats. The region brought together Nomadic pastoralists near the River Daua to water their animals and many animals reproduced during these times.

Lastly, I could not find the meaning of Garissa however, it has been known historically to be a place of meeting for different communities for trade.

Out of the 5 Sifa Fm stations, only two have a different name from Sifa, Maata FM and Hekima FM. Hekima Fm coverage expands throughout the regions mentioned above. We are grateful to God that water points and trading centers are not the only thing that are bringing the people of these regions together, Hekima Fm is.

Intrestingly, Hekima is a Swahili word for ‘Wisdom’. Such a wonderful name, for a station that is preaching the gospel of Jesus Christ.

The meaning of Hekima reminded me of the scripture, 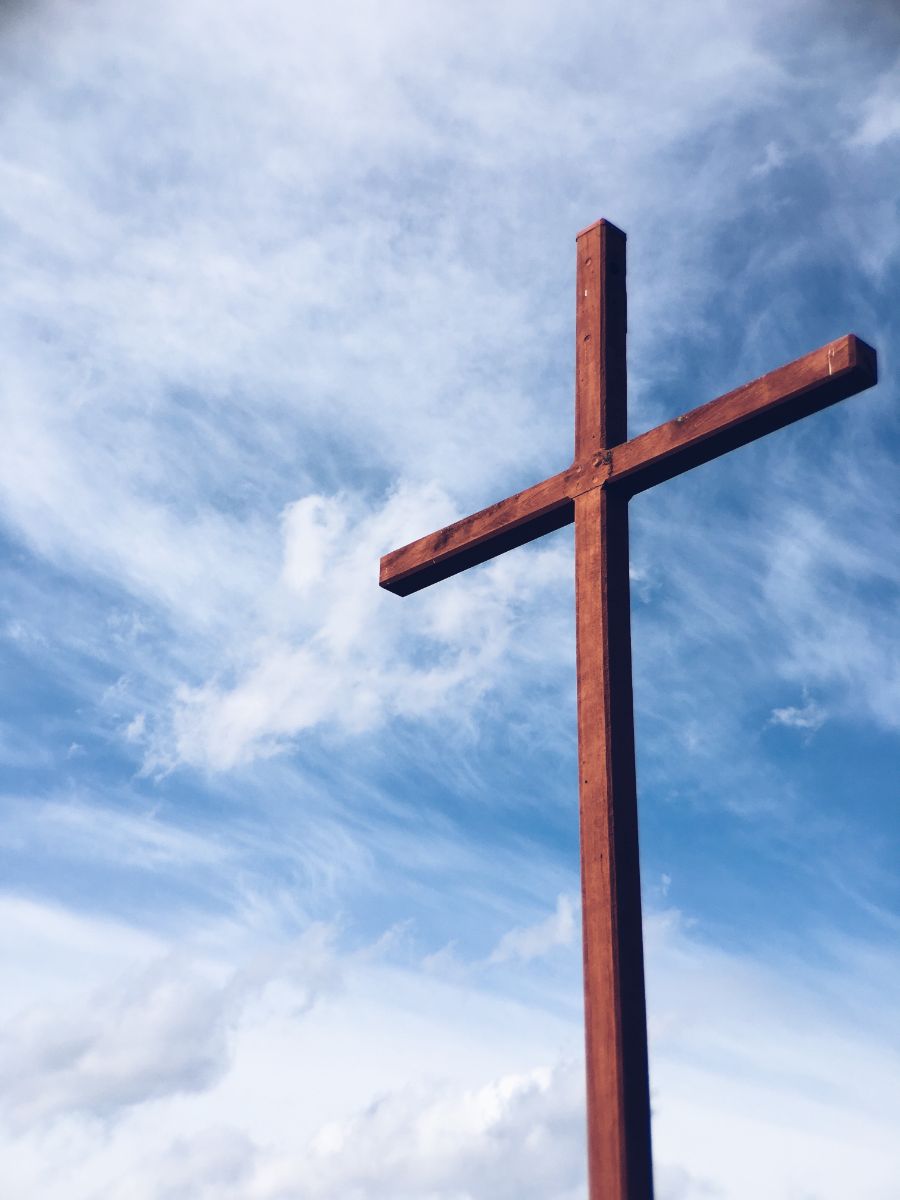 The message of the cross is foolish

to those who are headed for destruction!

But we who are being saved know

it is the very power of God.

One would then understand why they chose the name Hekima for an Fm station. So if we combine the meanings of the names mentioned above, we see that Hekima, the voice of Wisdom is a tool used to bring communities together - a meeting point-just like the meanings of the towns.

Wajir, Mandera and Garisa regions cover a large percentage of the North East region of Kenya that has a large population of Muslims and pastrolists communities hence, Hekima FM is such an integral part of the great commision; reaching out to these communities by sharing the wisdom of the cross.

Hekima Fm acquired frequencies in the different areas (Wajir, Mandera and Garissa) at different times. Garissa on 101.1 Fm was the first one to go on air on 10th June 2008 the station went on air with one Somali show (Amana) aired in the afternoon and played back to back Somali music for the rest of the hours. 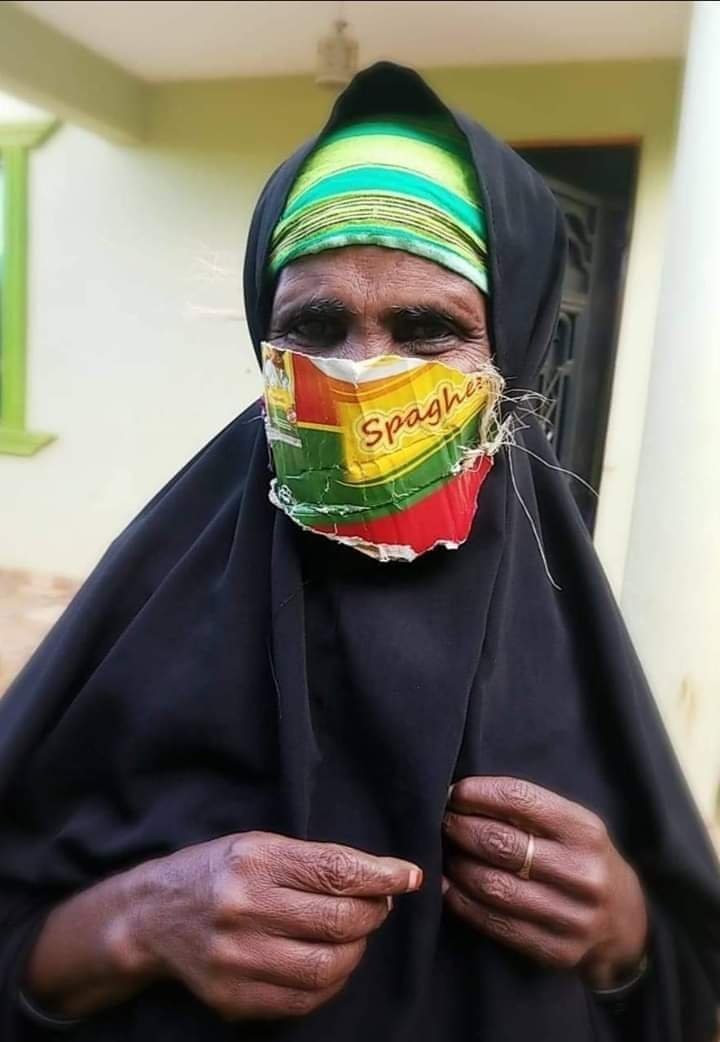 During the Covid-19 pandemic, Hekima Fm has been part of the many christian stations around the globe that have continued to the work of God in the midst of the pandemic. Hekima trtuly have become the, ‘voice of wisom (sauti ya busara) as their tagline states.

In the month of April, the Interior ministry has banned movement into and out of Mandera , Wajir and Marabit Counties to contain further spread of the deadly virus. With rains in the three counties, the residents are happy that impassable roads have become a blessing in disguise. They see it as a natural way of restricting movement.

The current station Manager Carol Kinuthia, shared with us how things are progressing within the station and the effects of the pandemic in the areas. 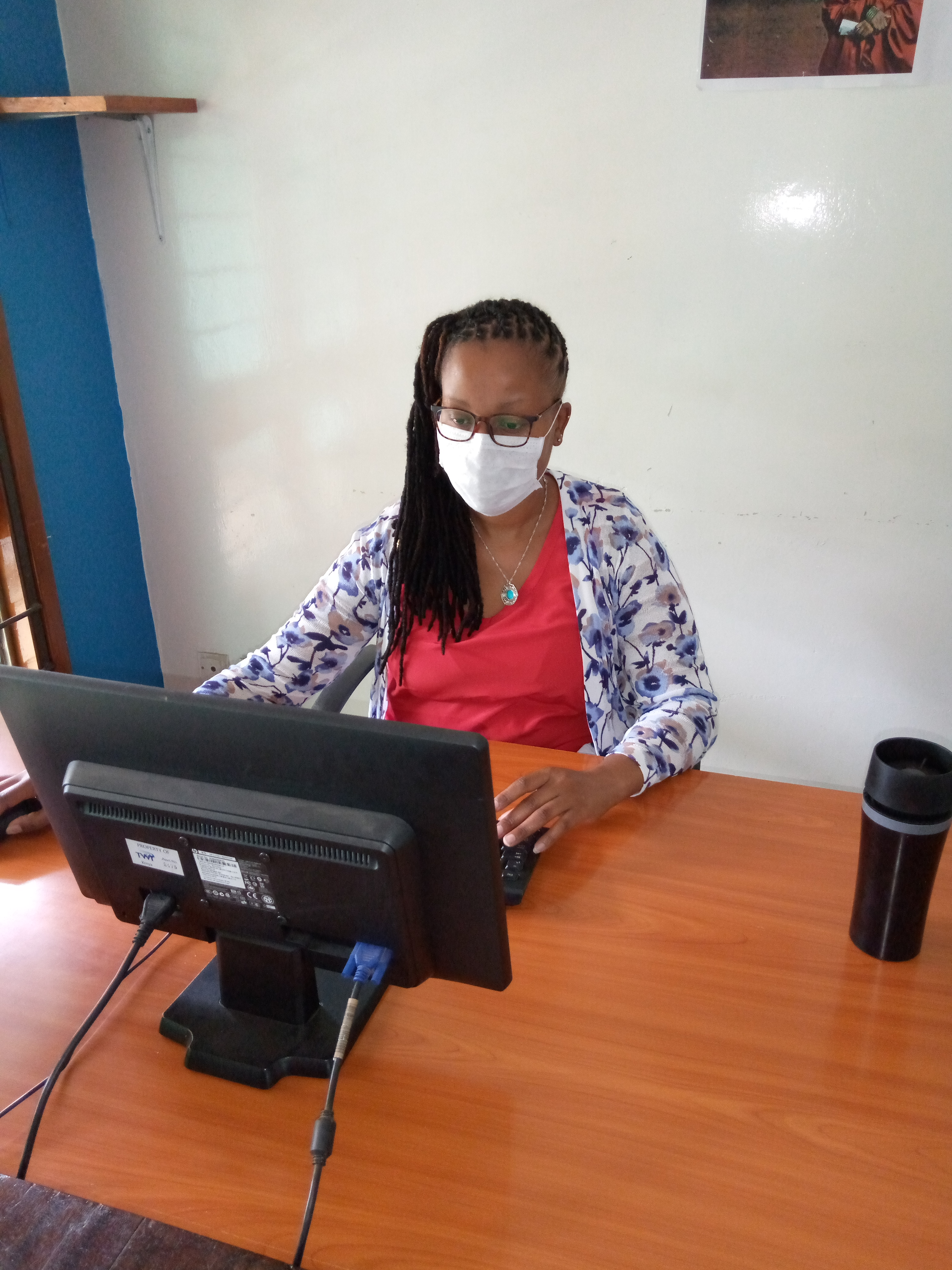 “Working hours have changed for everyone at Hekima FM. With fewer hours to work due to the ongoing national curfew, all staff have had to be very well organised in order to finish their tasks. I’m now more deliberate on what needs to be done and how it’s going to be done.

My phone has become a virtual office as I share more news through WhatsApp than emails. Our aim is to inform our listeners and give them hope even as they follow the government directives to avoid contracting Covid-19.

There’s an urgency for news especially tracking cases in the country and counties within our broadcast coverage. All this is done amidst fear and uncertainty but we purpose to be different so also try to saturated our broadcast with messages of hope. Apart from the recorded hope messages that we play, I also look for at least one positive story per day. This is to help cheer our listeners up.

We are also geared to debunking Covid-19 misinformation like false and misleading home remedies that the sources claim can cure the disease, rumours and fake news. As a station we are also playing our part by constantly broadcasting key prevention messages- Wash your hands, wear a mask, maintain social distance, stay at home and cover your cough or sneeze.

Interestingly, due to the pandemic I have become more prayerful. There is a joke that all we can do is wash our hands and pray. I’m also more sensitive and grateful to God for things that I may have taken for granted. 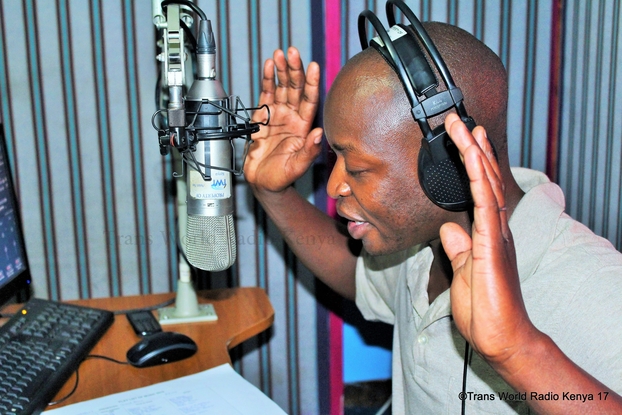 It is however challenging to work when some of the main service providers for the station are unreliable. We need constant power not only in Nairobi, the capital city of Kenya but in the rural areas as well because that’s where our transmitting sites are located. Our internet provider has totally failed us. For a station that entirely depends on internet streaming we have been hit hard by lack of stable internet.

Another challenge we are experiencing is because of the government curfew the office now essentially closes at 4.00pm as the staff have to start their journey to their residential places to beat the 7.00pm curfew deadline. This has affected our 7.00pm news broadcast which is now pre-recorded.” 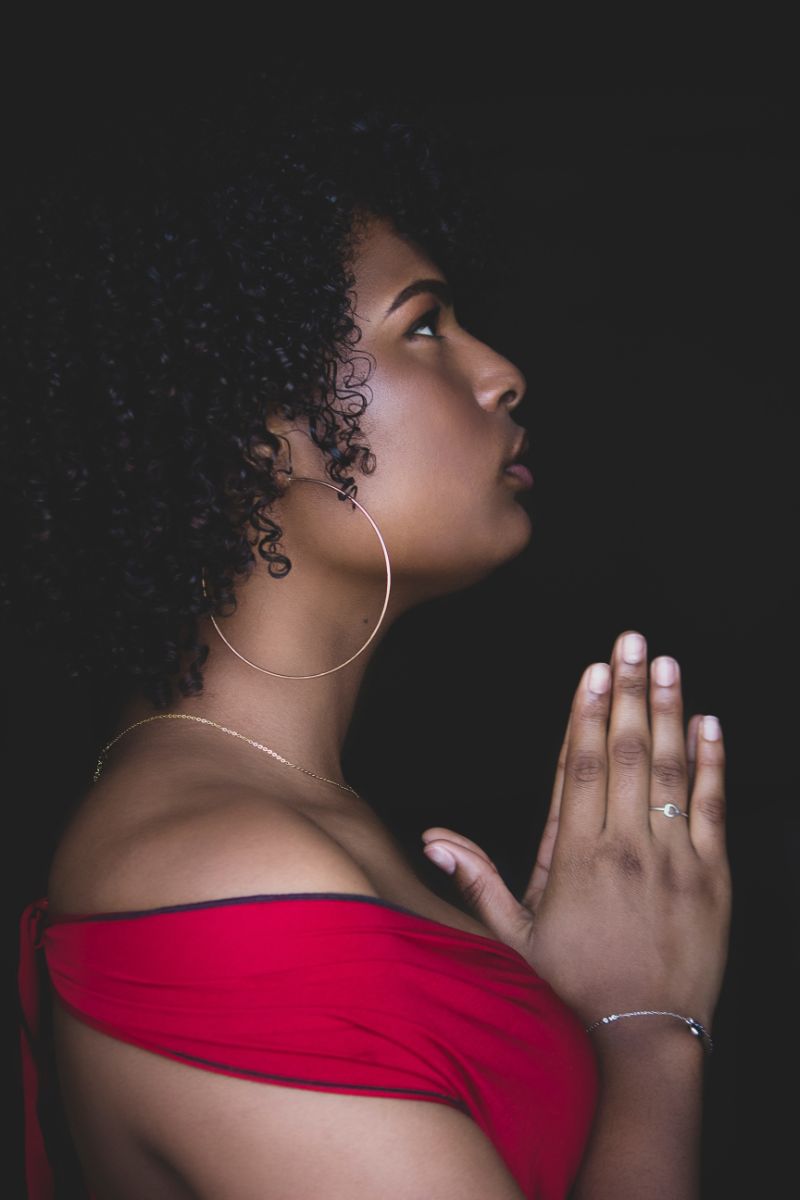 Would you take some time and pray for Hekima Fm? Pray for Caro and her team that even in the uncertainty, they will put their trust in God. Pray for wisdom, peace and protection as they use public transport every day that God may protect them.

Pray for our listeners who are in areas with minimal medical facilities that God my watch over them and cover them.