What is the first thing you think of when you hear the name Lamu? Perhaps you have never heard of the name and so your first instinct is to refer to google. Sadly, the top stories you will read about Lamu are terror attacks that have been a constant threat to the stability of the island and like a never ending plague have caused suffering in the region.

While a lot of that is true, in my experience Lamu is one of the most beautiful regions in Kenya. It is fondly known as “Lamu Tamu” Loosely translated “Sweet Lamu”. Apart from the mainland Lamu town, it has surrounding tiny islands that are breath-taking to say the very least. From its narrow streets, its rolling dunes and endless crystal clear beaches, where tiny villages nestle among coconut and mango plantations and lateen sailed dhows ply the waters. 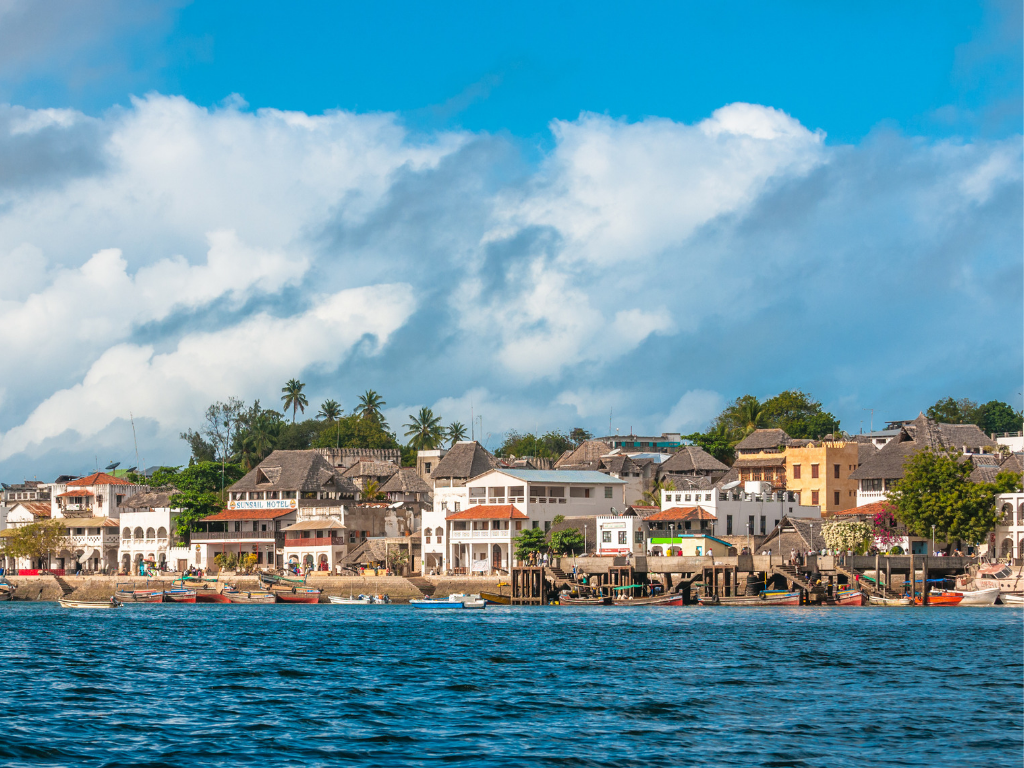 Chuck Thompson was right when he said, “No place is ever as bad as they tell you it’s going to be.” – because Lamu is beauty is unmatched and in the words of Gospel musician Michael W. Smith, Lamu is heaven here on earth (From his 1986 release - The Big Picture – Lamu) 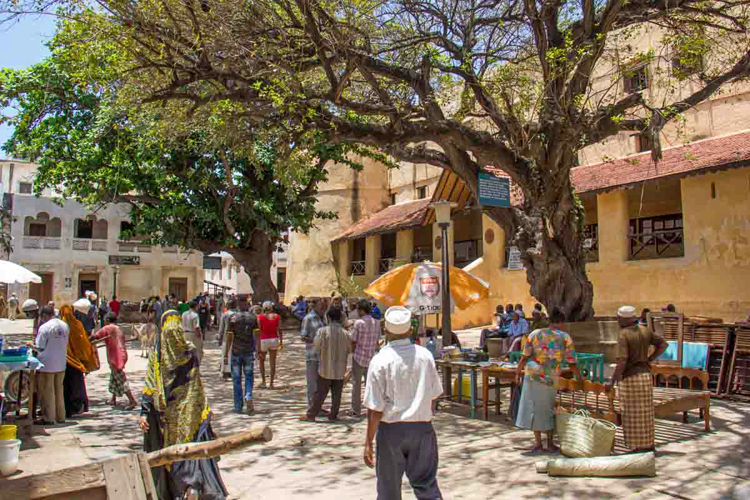 The town that has an area of 39 acres began life as a 14th century Swahili settlement. Lamu Old Town is the oldest and best-preserved Swahili settlement in East Africa, retaining its traditional functions. Built in coral stone and mangrove timber, the town is characterized by the simplicity of structural forms enriched by such features as inner courtyards, verandas, and elaborately carved wooden doors.

It rich cultural diversity is attributed to the fact that it has seen many visitors and influences, including Portuguese explorers, Turkish traders and the Omani Arabs hence the main religion is Islam. The islands population is roughly 25,000 people as of 2019 census.

Lamu’s narrow streets remain unchanged, and in the markets and squares around the fort life moves at the same pace as it always has. There are no vehicles on this island, and the donkey and the dhow remain the dominant form of transport. 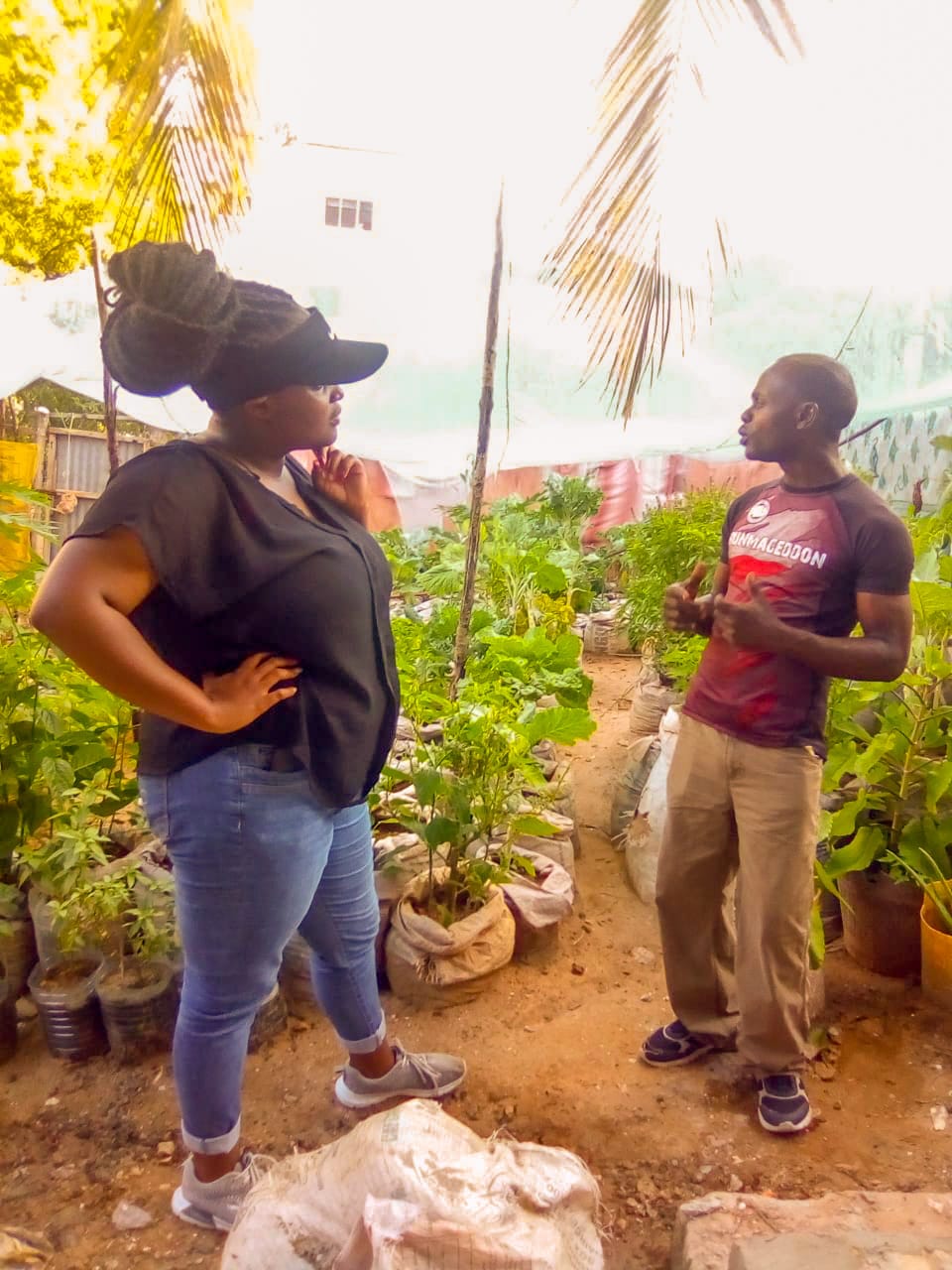 With your support, Transworld Radio Kenya set up SIFA FM Lamu that went on air on 10th January 2009. At the time a couple hosted the station in their house in Hindi. The station would only air programs for 6 hours (5.00pm-11.00pm) with music sent on a CD and played out via a DVD player. The station then shifted its location to another couple’s home on Lamu Island in a room on their rooftop, went on air on 3rd April 2009 via CD player but had to move out after a storm affected the rooftop exposing the equipment to moisture from the rain water.

This prompted the station to move to a pastor’s home and finally went back on air from 1st June 2009 with a 24-hour airing schedule but they were still dependant on pre-recorded still programmes sent on a CD from Transworld Radio Kenya’s office in Nairobi.

By the grace of God, the station finally moved to its own premises and went on air on 7th March 2012. The station has grown since then and is now managed by Robert Muteti. Sifa FM Lamu currently broadcasts to a 100km radius covering Major & minor towns. The area has a projected population of 130,000 people.

The slogan for Sifa 101.1 FM Lamu is Pumzi Ya Uhai (Breath of Life) but has also another slogan- Sauti Ya Lamu Kaunti (The Voice of Lamu County) which was branded by listeners to show the pride of having the only Live Radio Station on the Island and the county as a whole.

The station has faced so many challenges including being affected by the insecurity issues. Regardless, Sifa Fm Lamu has been a testimony of God’s faithfulness.

With the Corona Virus sweeping through nations and changing the order of things, our Lamu station is no exception. We spoke to Robert Muteti concerning the current situation and how the station is adapting and this is what he had to say. 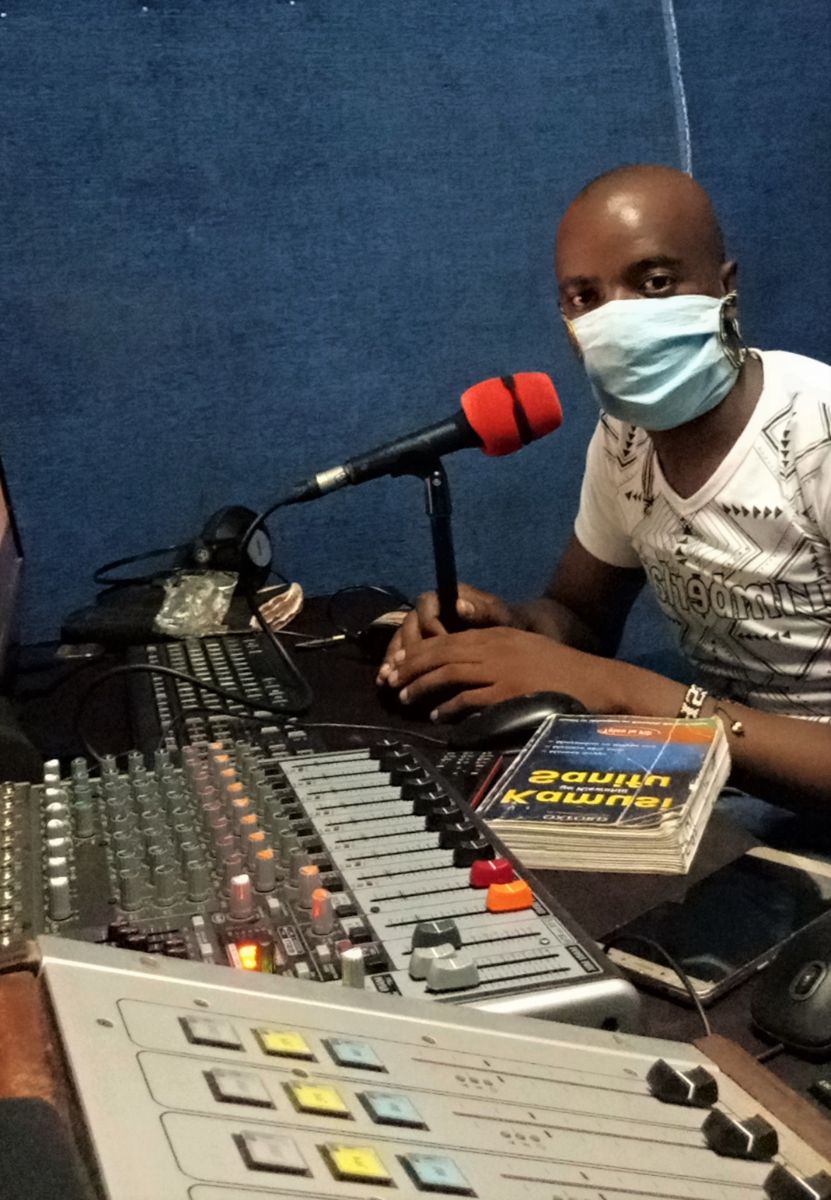 “Before the Covid-19, my show, ‘Lamu Breakfast show’ was lively with audience keenly following up every bit of the broadcast with responses. However, since the Covid-19 spread, the responses are very few, and I am worried whether it’s me who is not communicating effectively or if my listeners are terrified by the pandemic.

Like any other station, advertising opportunities are a crucial source of income, and I was hopeful that this year would be a good year in terms of business opportunities. Sadly, our potential clients are currently focusing on Covid-19 and many and are asking for favours for free services.

There is a huge concern for the safety of the staff members considering they are an essential service but their work increases their risk of contracting the disease. In a situation that a staff member is unable to come to work I am forced to stand in for them, just to ensure listeners do not spend the whole day listening to music.

Though these are very challenging times, the Lord has been faithful and we give Him all the glory. 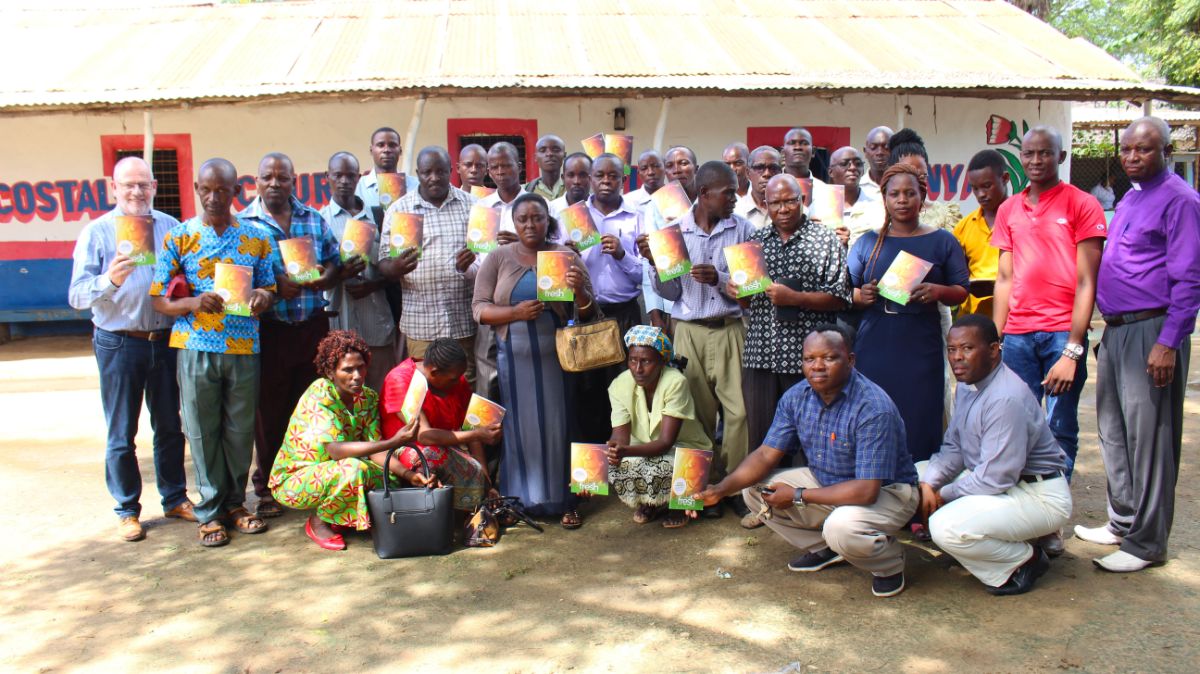 In the past, Lamu Island pastors were not very cooperative whenever we would reach out to them. The trend is now changing slowly. The Covid -19 pandemic forced churches to close down hence they have come together to seek help from the station in order to continue reaching out to their followers.

In order to protect staff members and reduce crowding in the station, we have had to have one staff member in the office per day. This means a lot of work is left for one person but we have also had the opportunity to minister to our listeners to music more than talk show which is a breath of fresh air for their listeners. 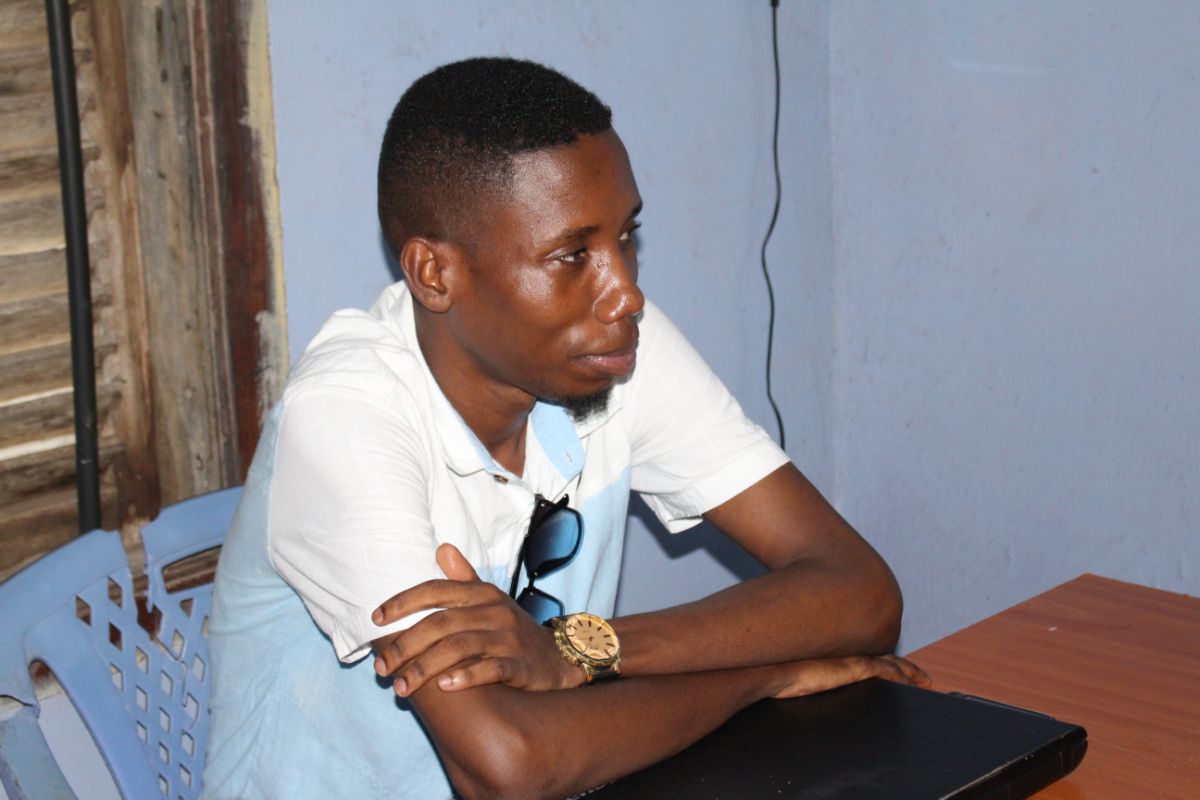 As we continue to serve in these difficult times, we covet your prayers. Pray for Sifa FM Lamu. Please pray that God will keep us all safe so that we are able to continue serving Him to accomplish His purpose for this island.

Although there are no confirmed cases of Covid-19 in Lamu, there are some isolated people in the county hospital. With our ears on the ground we have learned that people are secretly travelling to and from Malindi despite the government’s directive. This is putting Lamu inhabitants at risk. We pray that coronavirus does not spread to Lamu."

As we go through our new normal, we thank God for you who has partnered with us and given towards the establishment of Sifa FM ministry in the last 12 years.

You have made Lamu truly heaven on earth by preaching the gospel of Jesus Christ since SIFA FM Lamu came into existence but with growth in ministry, comes new challenges.