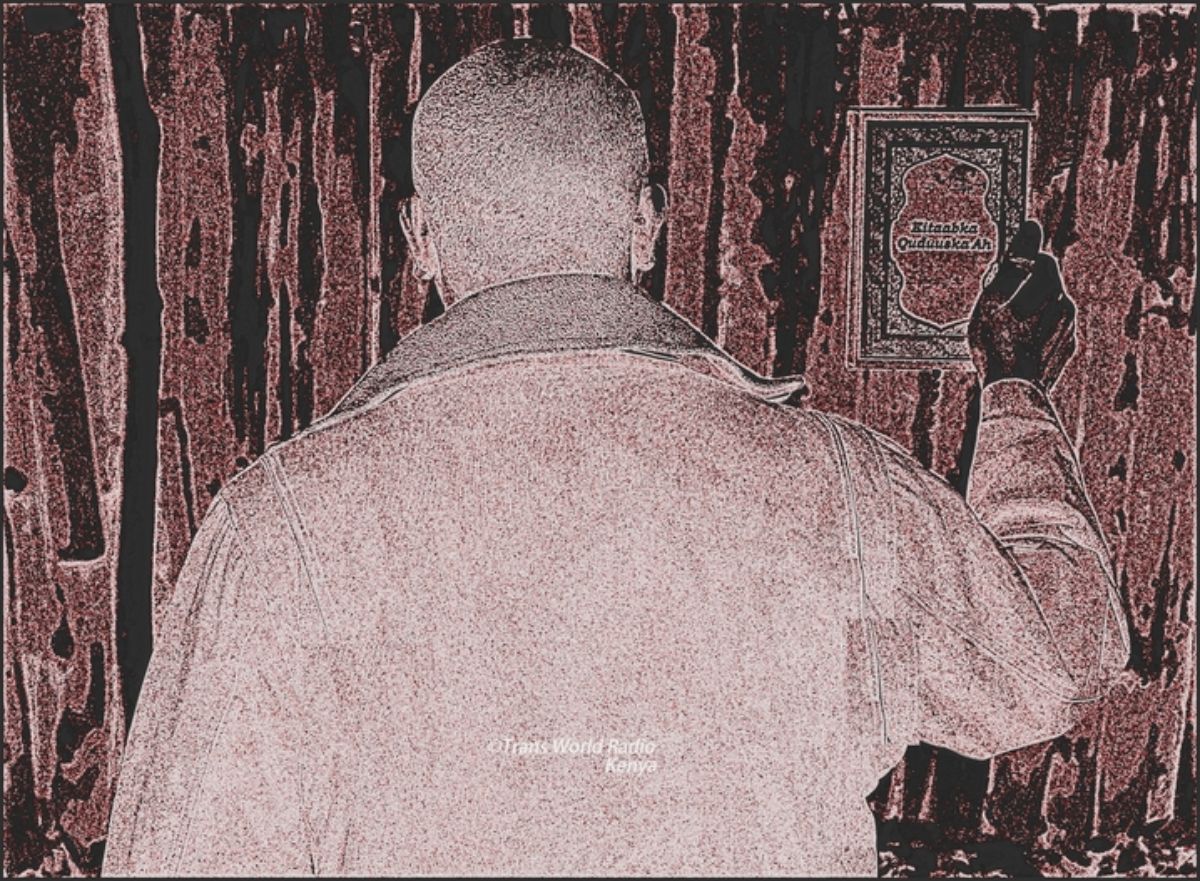 Fifteen years ago Gonzaga Ekirapa (not his real name), was going on with his daily work routine as a laborer in a Government Parastatal when he got the news of his transfer to a town in North Eastern Kenya just few kilometers from Somalia.

As any obedient worker, he obeyed the transfer order and moved to the remote town, of course with many questions & apprehensions on his mind due to the fact that the town location falls among the high-risk hardship areas. Unknown to him God was and still is behind the scenes preparing him for a greater responsibility beyond serving the Government.

Fast forward, Ekirapa arrived in the town and being a believer, he started to look for a Church or a fellowship that he could join. That was another difficult search mission because the town is not receptive to Christianity so it was difficult to find Church or fellowship that he would join freely. Luckily, he later got a mission ministry that had established a good rapport with the local community as it offered social amenities services that mitigated some of the basic needs. It is while serving with this fellowship through part-time volunteering in their different areas of service provisions that he got to interact and understand the community. That is how he started getting the burden to share the Gospel with them. At that time, he also came to fully realize that Christianity is very subtle in the area and only a handful of those who lived within the town would identify themselves as Christians.

Three years later Ekirapa got the calling to share the Gospel of Christ to this community and he resigned from his work at the Parastatal and joined the ministry as a full time missionary. He also started his own business so that he could be able to meet the cost of basic needs and continue to provide for his family that he had left in Nairobi.

More than 10 years later Ekirapa has never looked back, he has continued to share the Gospel to the unreached, even the constant attacks and killing of Christians have not deterred his mission to reach the unreached. He says he has seen the fruits of his labor by winning souls for Christ as others have developed the urge to read the bible in secrecy or ask for prayers and questions on Faith, religion etc and to help them understand more Ekirapa is working under a Pastor and has also enrolled for Theological classes. He has also come to appreciate the fact that sharing the gospel with the non-believers is a process that requires a careful approach of your target and sometimes it can be rejected but later on accepted. “If at all I was not making any progress I would have already abandoned the mission.The success is my greatest motivator.” He said.

Ekirapa attributes the opening up of the Northern corridor for development and through the adoption of the county system of Government to have led into population increase of non-locals who have come in search of means to earn a living. Thus, currently Churches have established branches in the area. Although services have to be conducted under the watch of armed police officers, the realization of a growing fellowship is now evident.

Infrastructure development has also opened up the airwaves and right now Ekirapa is not worried that it has to be him alone sharing the Gospel, Radio broadcasts have broken the home barrier & taken the Word of God into people’s homes, offices, farms, hospitals, etc. Thanks also to the development in online technology one can now read the Bible and listen to the radio at his or her own privacy without raising any suspicion. “Initially once I had identified someone I needed to share the gospel with I would do it step by step without going directly and it would take months before I won sometimes I would not, but now I have Radio broadcasts doing more than half of what I used to do. You need to be here to realize how Radio is such a powerful tool in this frontier mission field. Especially if the area is limited with few radio stations.” He Shared

Ekirapa says the current generation is more receptive to the gospel as compared to the older generation and he has made them his prime target. He is grateful to the TWR broadcasts that are youth friendly. Although there is successful progress insecurity remains the greatest impediment. On numerous occasions, there have been attacks on Christians making others to flee abandoning their jobs, business etc. Ekirapa cannot count the number of times he has had to carry his mattress to go and sleep in a military camp when evening approaches, this has led to the decline in church fellowships or if believers comes to church and finds no policeman on site they will just go back home.

The success on God’s side has also made the other side to double their effort in converting Christians by luring them with marriage proposals, gifts, money or threats of sacking them from their jobs if they do not stop going to church. There is still hope because over the years the hostility towards Christians has gradually declined and other non-locals have bought land and settled with their families.

A lot still needs to be done to mitigate on the poor infrastructural development and lack of proper social amenities that makes survival more difficult and hampers broadcasting.

In conclusion, Ekirapa thanked Trans World Radio Kenya for availing, radio broadcasts, evangelism materials and trainings to support his mission & wished more blessing to all who support God’s work through their prayers and giving.

But my life is worth nothing to me unless I use it for finishing the work assigned me by the Lord Jesus—the work of telling others the Good News about the wonderful grace of God. Acts 20:24

NB – The Names & image are concealed as a safety measure.

Would you like to support us reach the unreached with the gospel, you can send your donations via MPESA PAYBILL 826420 ACCOUNT Missions