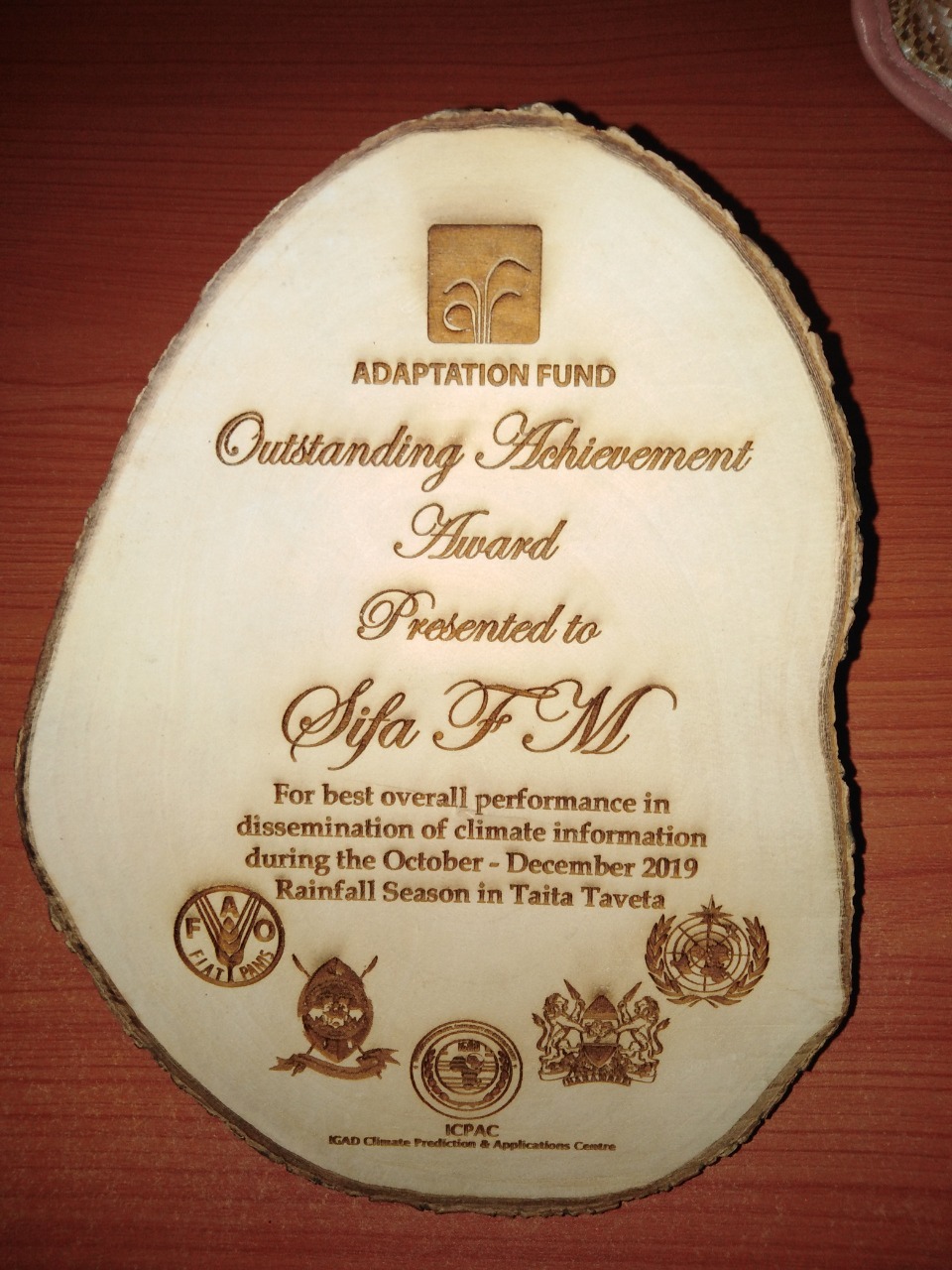 SIFA FM Voi team was thrown into a celebratory mood as news came in that it had emerged the best overall radio station in disseminating the climate information in Taita Taveta County as two of her presenters Linah Mwamachi & Linda Akoth also bagged the awards for the best journalists in the dissemination of climate information to their audiences.

The award was organised by the IGAD Climate Predication & Applications Centre(ICPAC) through the Kenya Metrological Department Taita Taveta County office and had called for entries from four stations based in the county. This was coming months after the two journalists alongside others from different stations within the county received trainings on climate reporting and how they can liaise with the Kenya Meteorological Department.

After the training, participants were required to put into practice what they had learnt on weather forecasts dissemination during the rainy months of October, November & December. They would then file the reports as entries for the County's Climate Reporting Awards.

After deliberating with Pamela Omwodo SIFA FM General, Linah & Linda came up with a work plan on they would disseminate climate information to their audience. Considering that there are listeners who are farmers and some areas are hilly. With the onset of heavy downpour, some areas are prone to landslides thereby making the weather information vital to listeners. The team did this through news that included covering impacts and incidents due to weather conditions, talk shows on weather and it how it relates aspects like health, environment and disaster management, topical weather call in sessions, giving out advisories and daily weather updates 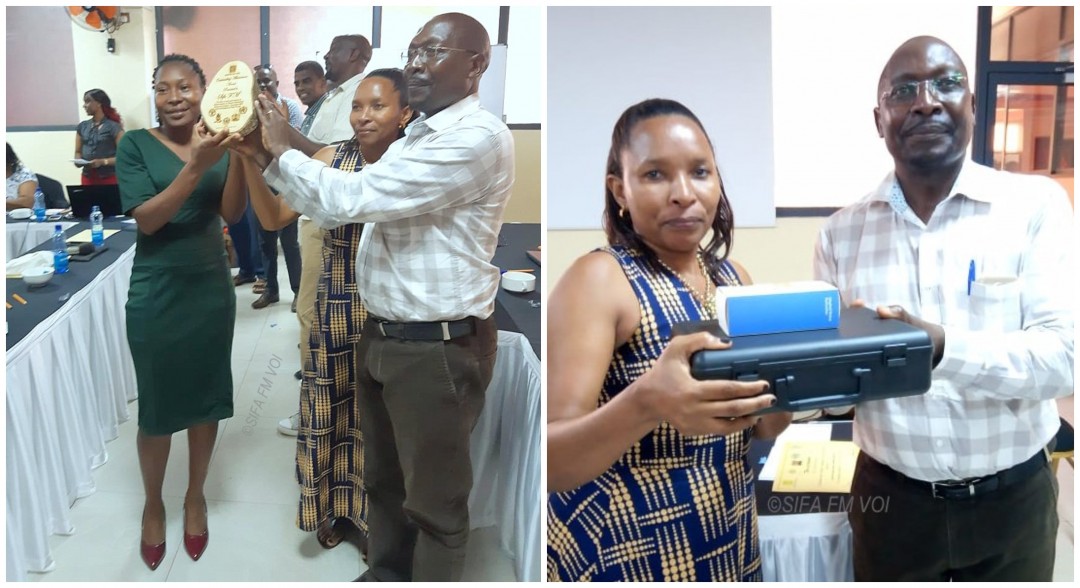 The winners were announced a fortnight ago during the IGAD Climate Predication & Applications Centre (ICPAC) workshop in Voi. Various stakeholders and journalists who had participated in the August training attended the workshop. Linah emerged overall winner with her daily reports on the weather (Utabiri wa hali ya hewa) together with climate news stories. Linda took the first runners up position with her entries that included talk shows interviews with experts who were interviewed during that Awards entry season.

Apart from being awarded with certificates, the two also received Audio Recorders to enhance their reporting and will also get a chance to attend a workshop in Sudan in May this year courtesy of ICPAC.

We also join Linah, Linda & the entire SIFA FM Voi team led by the Station Manager Edgar Kalimbo in celebrating this achievement even as they continue the good work of keeping the listeners spiritually nourished & disseminate information on the climate.

You can be part of Trans World Radio Kenya FM Mission team through your Financial support and Prayers. Send your contributions via MPESA Paybill 826420 Account FM Missions