Pastor Doug Schroeder - CEO of The Word Today (TWT)- based in the US) was visiting Kenya for the first time in January this year. He was in the company of Mr. Ralf Stores - In charge of Media Development and Services (Based in TWR International), Juliet Oppong-Amoako - The Media Services Director (TWR-South Africa) and Mr. Egide Bandyatuyaga - East Africa Regional Director. 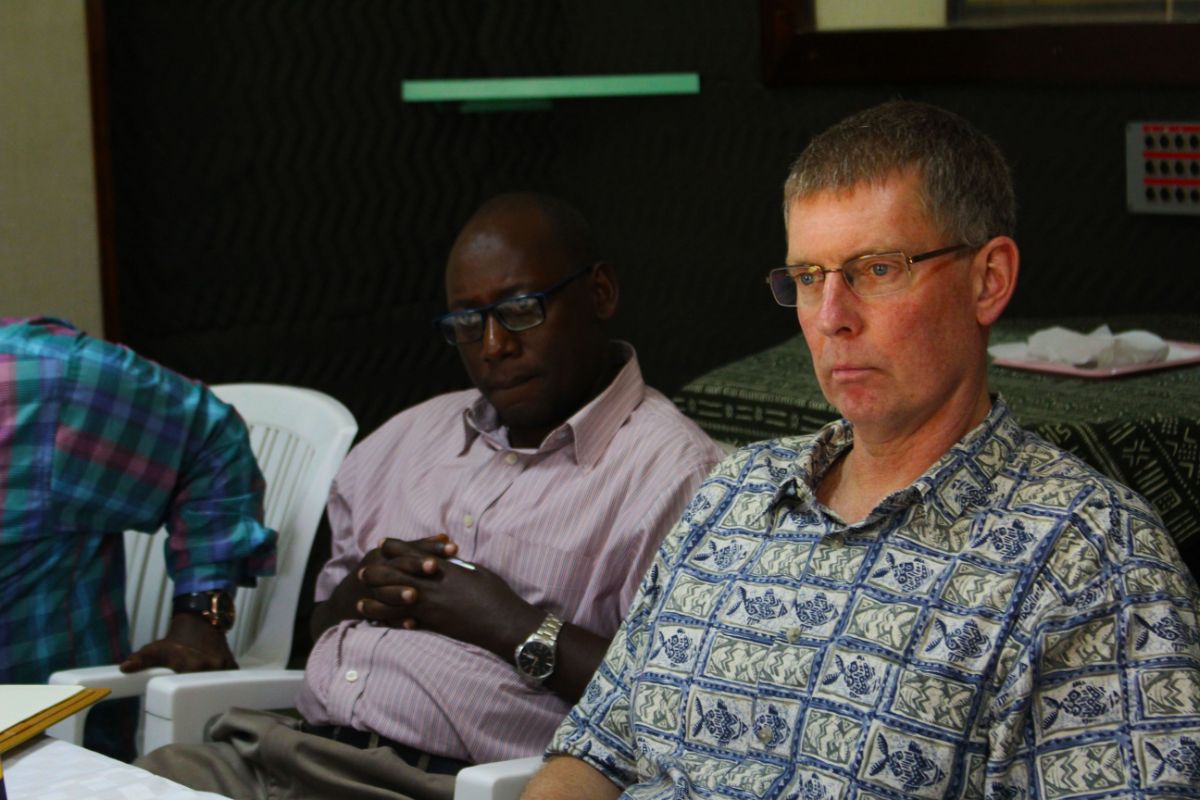 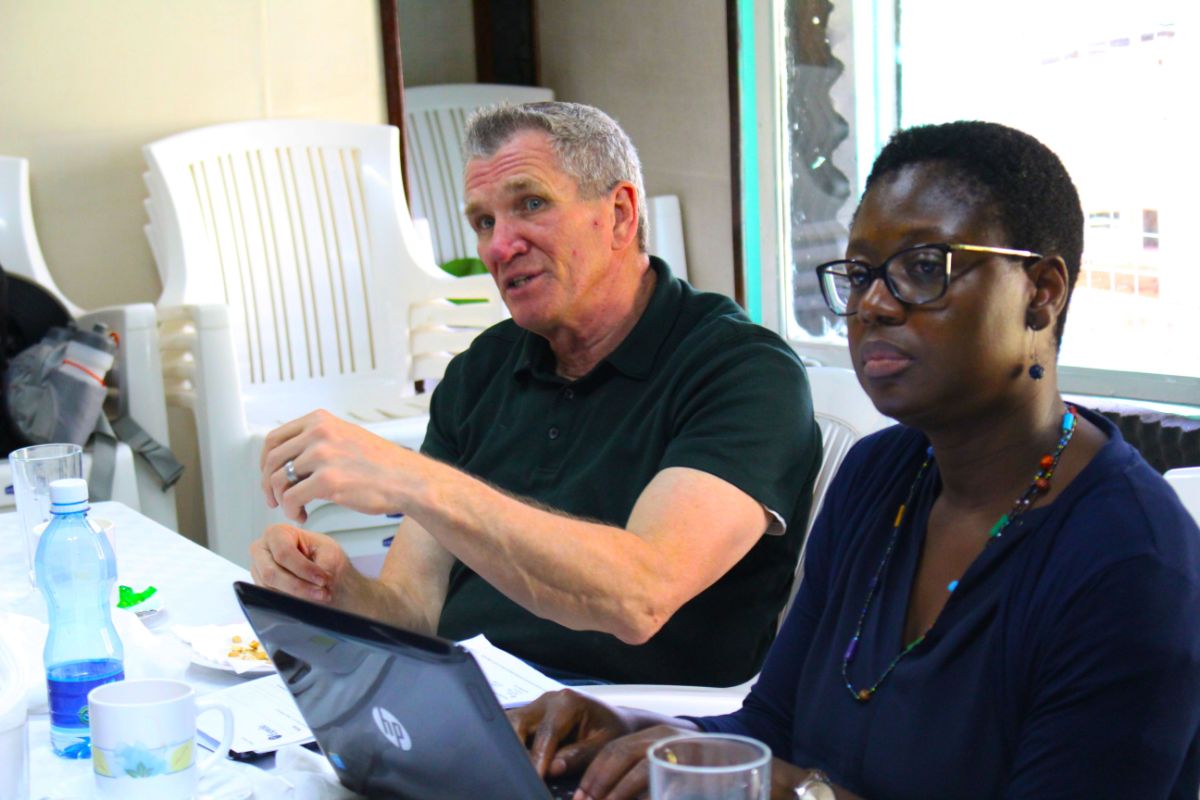 Juliet Oppong-Amoako and Mr. Ralf Stores (from right to left)

The purpose of the visit was to meet listeners of Maata Radio 101.9 FM in Lodwar. Maata Radio airs a 15 minutes’ programme every Friday 8.30pm. The program is translated from English to Turkana and Somali languages by TWR-KENYA. 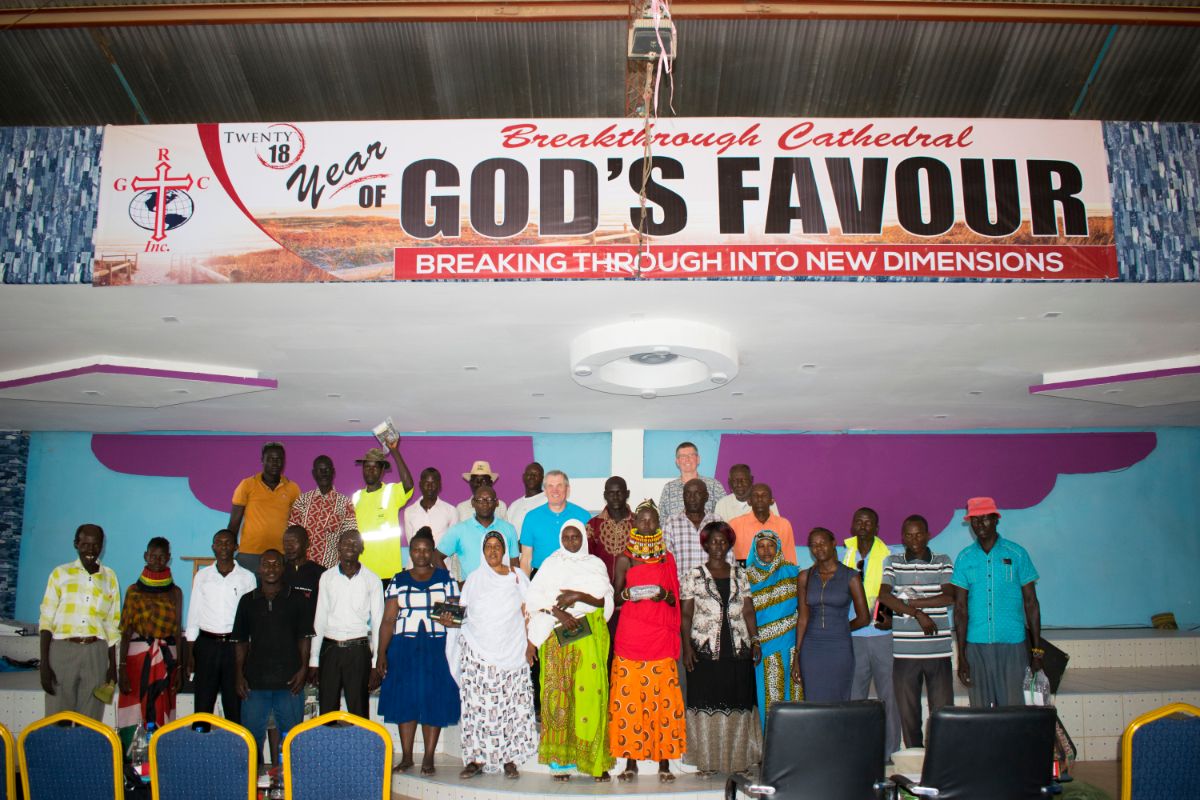 TWT-Listeners with the TWT and TWR team

Each one had the opportunity to introduce themselves and share a short testimony with the TWT Team.

“My name is John. When I received a call from Maata Station Manager, I decided to come. I said to my heart don’t fail to go. I’m happy to meet with my brothers and sisters from overseas. Since I started listening to TWT Turkana programme it has blessed my life. To the producers, I would like to tell them Kanyaga dunia twende… (translated to mean; keep walking on) the Word says go ye into the world and spread the gospel”.

It was evident that each listener was filled with the Joy of the Lord and how the prgram had been a great source of encouragement to them. They also shared some of their struggles in their journey of faith.

“Now that the Somalis are being repatriated back Somali land, Somali Christians are left behind because they are afraid to back home. They fear because Somalia was declared an Islamic state by Siad Barre. Sometimes I’m forced to find a safe place for them. Somali Christians in Kakuma face a lot of difficulties when they convert to Christianity.

Sometimes they get forced out of the camp and we just run up and down with them, hide them, then after some time we liaise with the government authority so that they can be taken back because they are not supposed to stay outside the camp. “

The listeners also recieved bibles and radios from the team. 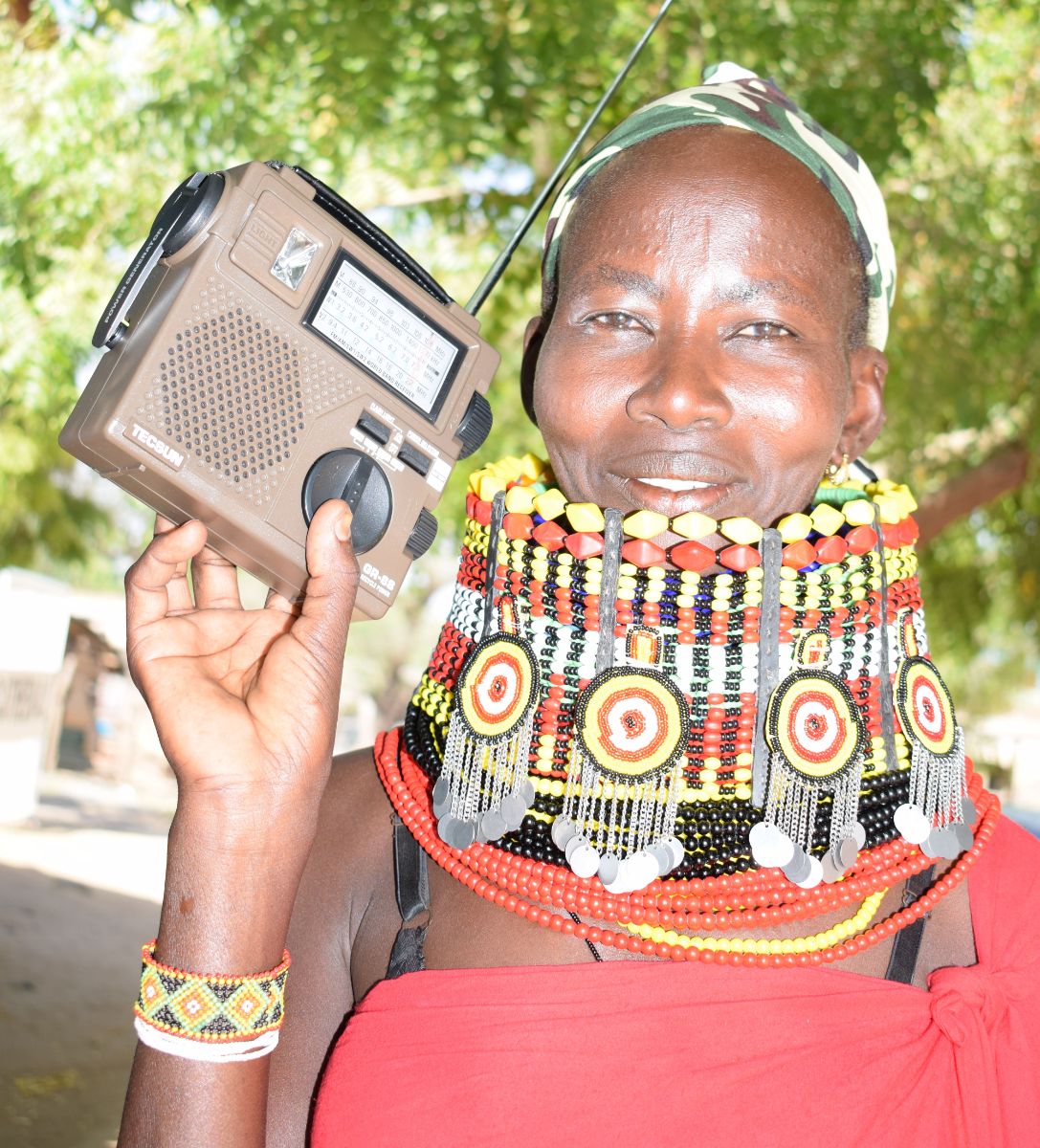 Pastor Schroeder encouraged the listeners with a sermon he named “RUN” from Hebrews 12. He encouraged them to be focused as they run the race. The should not waver or look at the sides because the devil does not want them to finish the race. 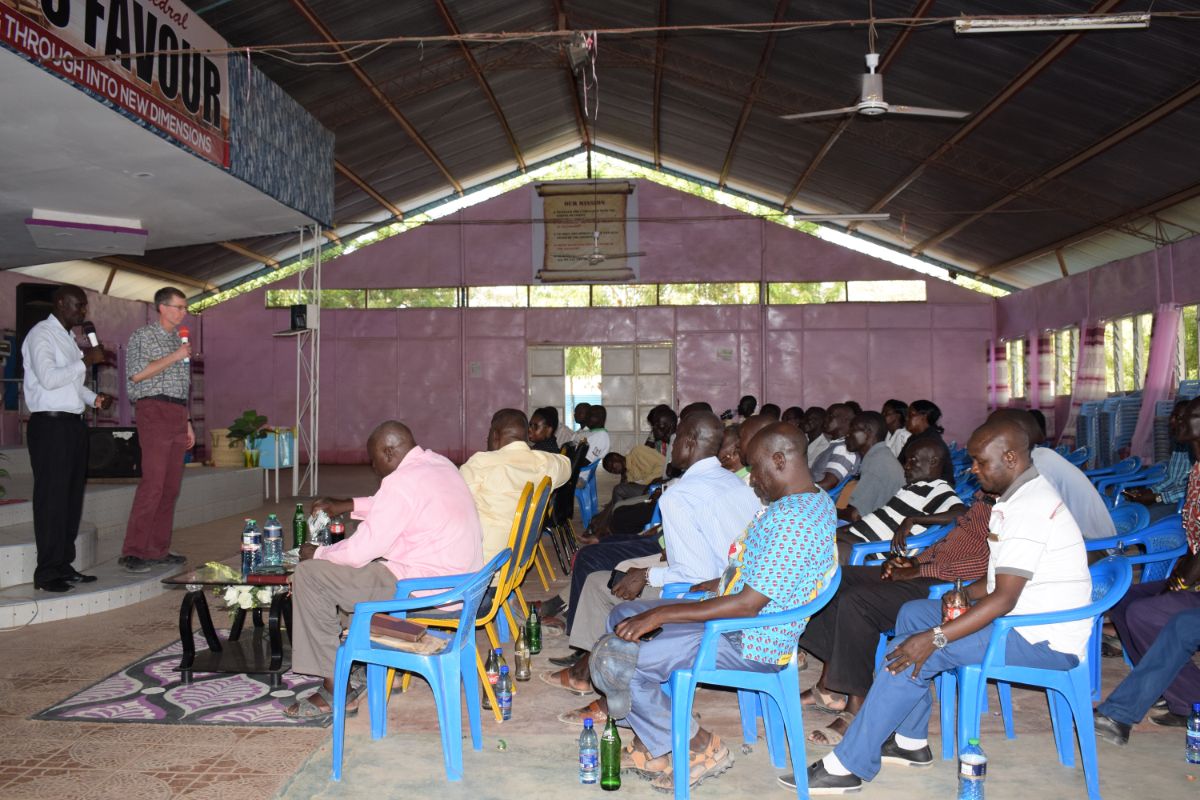 TWT this year celebrates their 40th anniversary and Pastor Schroeder committed to adding four or five more languages onto the existing sixty-five that already broadcast all over the world. He promised the listeners that they were planning to consider the four languages to be in Africa and that two of them will target two more languages in Kenya.

“There’s nothing as exciting as meeting listeners of your programme”, said Pastor Doug Schroeder - CEO of The Word Today (TWT) (Based in US).

Isaiah 55:11 says, “so is my word that goes out from my mouth: It will not return to me empty, but will accomplish what I desire and achieve the purpose for which I sent it..”

Without a doubt the trip was a success and as TWR-KENYA, we desire to spread the gospel to all parts of Kenya, such visits and seeing first-hand the impact our programs and the word of God has in their lives, encourages us to continue with the work God has begun in us.